PART 3 of the BlackHawk Pistol Story 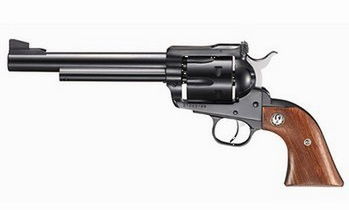 BY INVESTIGATIVE REPORTER A. PHILLIPS

Where we left off on Part 1 and 2 of this story; Dave Egan, a Del Norte County resident, was beaten unconscious, had his door bashed in by a SWAT type operation of the Sheriffs Department, and the only item named on the warrant was never found in the raid: the BlackHawk Pistol. Yet these Sheriffs deputies and detectives; confiscated every valuable thing in his home including his entire gun collection, heirloom pieces from his family, gold coins, and cash.  All of this was perpetrated by Sheriffs’ Detective Bob Barber’s claim that Dave Egan was a prior felon, a career criminal.

This final chapter of the BlackHawk Pistol story will address some remaining questions about how this could have happened and why.

AP:  Dave, now that you have survived years of being treated like criminal, terrorized in your own home and continue to be intimidated by the law enforcement agency that is supposed to protect and serve the public what more can you share?

DE: There are reasons why something like this happens. Money, greed, power, retaliation not to mention that when I got some of my gun collection back, it had been used.  In other words, I kept my collection in pristine shape.  When they were returned, I could see the barrels were dirty; evidence that they had been taken out and someone had been shooting them.

Here’s what should have happened regarding the “stolen” BlackHawk Pistol.  It’s called a Knock and Talk.  Laws enforcement is supposed to come to your door, knock politely and ask.  You are supposed to have the chance to respond. Instead, they exercised a full blown SWAT tactical assault and raid on my person and home.  I have heard from a friend connected to law enforcement that our Sheriff’s department wouldn’t get funding if they didn’t have periodic raids like this or that their statistics would be affected.

AP:  How does something like this affect their statistics?

DE: I was arrested and charged with a felony on a charge that is not a felony. More specifically, if I possessed the firearm as alleged, and if it turned out to be stolen, possession would not be a felony because only possession was alleged.  It should be noted that a Detective such as Barber gets “credit” for any arrest, whether the party is charged or not, and whether or not the bust is legitimate.

To be successful in executing this SWAT-type raid, Barber had to convince everyone involved that I was a prior felon.  Barber turned a non-felony charge into a felony by falsely claiming that I had a felony background when none existed.

AP: Who do you think Barber had convinced and when?

DE:  For the unlawful raid and assault; the Judge who signed the warrant, Sheriff Dean Wilson, and the Oregon Police Dept.  Then for the prosecution; County Counsel Gretchen Stuhr and the prosecutors in the DA’s office.

AP:  Was the phrase illicit or illegal narcotics used in the warrant?

DE:  Yes. In the case of Detective Barber, he investigates major felonies usually dealing with drugs. Part of the reason stated on the warrant was DRUGS. Not in your wildest dreams, your wildest imagination could I ever be classified in that category.

My blood boils every time I think of him referring to me as a druggie or a thief.

In the case of Sheriff Dean Wilson, it appears to be his policy to confiscate EVERYTHING, not just the item on the warrant. This is in direct contrast to everything he has been saying during his bid for re-election about protection of the individual in regards to their firearms.

AP:  Are you going to vote for Dean Wilson for Sheriff as you did in the last election?

DE:  Yes, I supported him last time. I even had his poster on my fence which is a very busy corner. But in good conscience I cannot support him this time.  He has done nothing to make things right. He has turned down every chance to correct the situation.  Here Bob Barber has destroyed my life and Wilson has done nothing.

AP: What else disturbs you?

DE: Fraudulent Statistics.  When I look at Wilsons’ sheet on his statistics about reduced crime I want to puke. Simply not taking proper reports is no substitute for touting a reduction of crime. Their refusal to take a burglary report which initiated this whole four year saga is dereliction of duty. I think these people should be stopped, arrested, convicted and not allowed to continue collecting a paycheck. Including our Sheriff!

AP: Final thoughts.  How much do you think all of this cost?

DE: It nearly cost me my life. Monetarily their SWAT type operation, jail, lawsuits, payroll, evidence holding, 23 appearances I had to make in Superior Court and more, must have cost the county hundreds of thousands of dollars.  They played their games with the taxpayer’s money. They lost. And, I lost.

AP: What was the worst part?

DE: That’s hard to say.  Certainly when they dumped the urn containing my loved ones ashes on the floor and kicked them around I thought it was a new low, a new level of depravity.

Thank you Dave, for sharing this story.  I know it hasn’t been easy.

NOTE BY EDITOR, Donna Westfall. A public records request was made on April 25, 2014 to obtain a copy of the DVD that recorded the raid on Dave Egan.  To this date no DVD has been provided.

5 thoughts on “PART 3 of the BlackHawk Pistol Story”