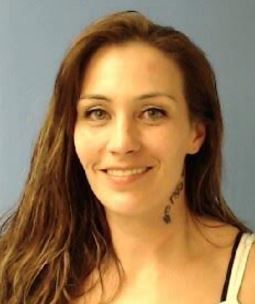 The Del Norte District Attorney’s Office announced that Ronnie Theodore Meyer, Sr. (48) of Crescent City and Krystal Starr Evans (34) of Crescent City were found guilty by a Del Norte County jury earlier this week following a three day jury trial. The pair was found guilty of conspiracy and fraud/theft-related charges in connection with their having teamed up to pass phony bills through Wayside Liquor, where Evans was working at the time as a clerk.

Surveillance video inside the market caught the crimes unfolding as Meyer is seen exchanging counterfeit bills with real bills and merchandise with Evans who was behind the counter and working the cash register.

Both Meyer and Evans have extensive criminal histories and both have been to state prison before. They are currently scheduled to be sentenced on April 28, 2016 where Meyer faces nine years in state prison and Evans faces eight years in state prison. Evans will face additional time as a result of the new charges, which may result in her sentencing hearing being delayed.

The case was investigated by the Crescent City Police Department and the District Attorney’s Office Investigations Bureau.