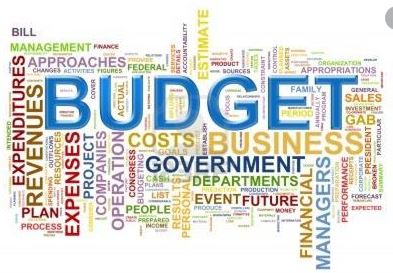 One Percent Tax Hike? Ever heard of death by a thousand cuts? What we have in Crescent City, Del Norte County and the State of California is an endless succession of skin deep razor cuts that will eventually drain the life’s blood from all of us.

How can the Citizens of Del Norte County and Crescent City expect to see rational solutions for our current economic disaster when our government leaders and employees are financially sheltered from the hardships their community endures? How can a community exist with no tax base and everybody working for the government? Not another penny should be given to these government bodies for any reason. We should demand that emergency cuts be made til OUR COMMUNITY is on solid ground. We also need to roll back existing taxes paid to the Fair Grounds and School District so the average citizen has more money to survive.

Both the governments of Del Norte County and Crescent City should be under an Economic State of Emergency. Executives in our government should face a minimum 25% cut in wages, and in some cases much much more. Given the level of hardship endured by the private sector, compensation for ALL government positions should be capped at $100,000 annually with no exceptions. Those employees and executives that cannot cope with such a cut can seek positions in larger and better funded cities. There’s a mass exodus from Democrat run cities who have defunded police and are overwhelmed with riots, looting, vandalism and arson. Opportunity knocks in San Francisco and Los Angeles! We do not have an adequate industrial and commercial tax base in Del Norte County or Crescent City to support these lofty employee compensations. In truth, we have hardly any industrial or commercial tax base remaining at all!

As per the Board of Supervisors and City Council, electoral compensation should be cut by 50% until a solution for sustainable economic growth in their jurisdiction is found and successfully implemented. These solutions would include both the attraction and incubation of local industry and commerce. These solutions DO NOT include begging for grants or mooching off other government entities. California is going broke and the mooch money is disappearing. If these elected officials cannot take the heat, then they should get out of the kitchen and make room for those who can work under pressure. We need hard-nosed, practical, down-to-earth, hard-working, entrepreneurial business-minded people; not dreamers and “entitled” elitist predators!

Severe belt-tightening will be required on all levels. During the Covid-19 closures, we have seen how government can function without the overhead of physical offices. Make these closures permanent. This is a good time to cancel office space leases and liquidate unnecessary equipment. Our community is in survival mode, and thus our government needs to focus on survival also. The public pool, community center, visitor’s center, fairgrounds, parks, library, and other facilities not meeting life or death needs will require temporary or even permanent closure. Perhaps they can be privatized and leased at a profit.

Our public school system has long been an economic white elephant and an educational failure. We should encourage home schooling along with new self-supporting private and charter schools. While this is being done we can make drastic cuts aimed at eventual closure and liquidation of public school facilities and equipment. Some of these facilities might even be converted into light industrial or commercial space rentals at a profit. Wages for school administrators and employees should be capped at $100,000 annual and meet the same pay cut schedules faced by all others in the County. Eventually these over-paid and counter-productive public school indoctrinators can be eliminated altogether.

All extraneous play-baby expenses need to stop immediately. No trips or luxuries at government expense. Private donations from the community would be a good bet for Junior Flip and the Globetrotters. That goes for any money slated for celebrations, parades or parties. Private donations from the community should be the only source for non-critical expenses!

Entities like the Chamber of Commerce that have been given free office space in government buildings need to pay their own way. No more free rides for any political cronies.

Expenses for utilities should also be curbed. Winter thermostats should be set ten degrees below existing levels and staff encouraged to wear warm clothing. If expenses get really tight, then heating should be done away with altogether.

I can imagine the response from our fat, comfortable, overpaid, pampered and “entitled” elitist government executives to these proposals. “Oh, the situation is not that drastic, look at all the surplus millions that we have in our accounts!” They will laud their good works and justify their expense accounts and trips to Japan and elsewhere. Meanwhile, desperate private business owners and employees are hardly scraping by, some facing bankruptcy and foreclosure.

Our government leaders and employees must understand that THEY WORK FOR US! We are a suffering community that can no longer afford business as usual. Many in this community have lost their livelihoods. Some residents are already living without hot water, heat, gasoline, and some even losing food security and shelter. Our government parasite is killing its host. The Party is OVER!

At the very least, I would like to see petitions circulated to demand the implementation of these suggestions. In truth, even more draconian cuts need to be made. It is time for the people of Del Norte County and Crescent City to rise up through a legal Constitutional process against a government that has gone out of control!

One thought on “Pay Cuts Before Sales Tax Hike”