Paying Twice on the Sewer Expansion 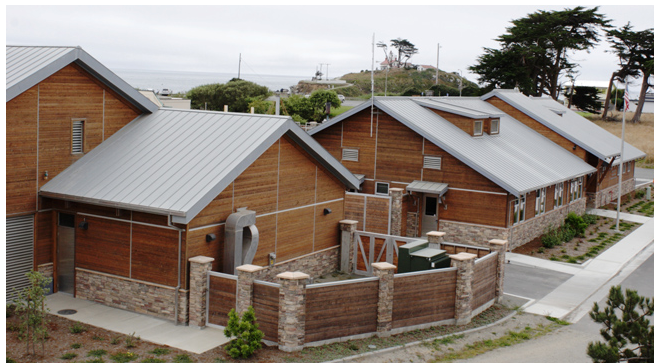 Recently, I notified the Crescent City, City Council of correcting a wrong. The wrong was their approving a $31,000 contract to “FIX” things at the wastewater treatment plant (WWTP) and lab.

This is not routine maintenance.  This is blatantly ignoring problems and design defects right from the get-go.  Try this for starters.  The design on the lab had bad air exiting the building just feet away from where the good air was drawn into the building.  Even someone like me that’s not an engineer understands the stupidity of that.

The sewer/water rate payers that’s who.

Who do you think should pay for it?

I think the contractor and the designer should pay for it. It’s built into their contract.  By law.

Why isn’t this being done?

Ask your City.  Ask your Council members.  The next city council meeting starts at 6 pm, June 1st at the Flynn Center on 9th and “H” Streets.

I’ve seen it before.

They (the Council) approved payment by the ratepayers on another design error back in about 2009 for about $30,000 on a 4-1 vote. Because around September, 2009 the City Council (Dennis Burns, Kelly Schellong, Kathryn Murray and Charles Slert least you forget) censured me and wouldn’t allow me to talk about or  talk to contractors, or place items on the agenda regarding the corruption on the, you guessed it, the WWTP expansion.

Now, 3 years later the city was in default on their loan and had to travel to Sacramento hat in hand asking for concessions.  Guess who predicted that?  Moi and dozens of others.

3 years later they had to go back to the Water Board in Sacramento and ask for re-negotiation on the loan.  Which they got.  But, the State Water Board is not looking into the fraud which the loan application was based.

And, then there’s the video of that Water Board November 28 2014 meeting which looks to be altered when someone deleted Eric Wier’s statement about needing $36 million more for phase 2.  Why do you suppose that was deleted?

In my opinion, I think it was deleted because the people in our town are not as stupid as our City believes they are.  We know that if in 3 years the City was in default on the $43.8 million loan how in the world do they (the City) think they can afford to pay for another $36 million?

Do we have to start selling our blood to pay our water/sewer bill?

It’s a sad state of affairs when the agencies elected to protect the voter, ratepayer and residents are filled with people the public cannot place their trust because of these types of incidents.

Do youself a favor.  Demand that the City stop acting like loan sharks and criminals.  Tell them to stop destroying video’s of meeting, records and documents.  Demand that they straighten up and start walking as they talk. Attend city council meeting and speak up.

Finally, demand that someone explain who came up with the original loan repayment plan numbers.  When you get the answer to that, maybe then we’ll have someone to complain AGAIN to the Grand Jury, DA,  and Attorney General.  Because, remember, that our Grand Jury doesn’t really answer those tough questions. Plenty of people have tried.  They wouldn’t do it in 2008 or 2009. Why should now be any different?

Folks you have a Blue Ribbon Grand Jury, mostly white, mostly politically correct and connected.  When a Grand Jury gets picked that represents people across the board in this town, maybe then they’ll dig their teeth into all the alleged corruption on the WWTP.  And that’s IF the Presiding Judge allows them to.

The current Presiding Judge is William Follett.  The same man that stated, ” As presiding judge, I have confidence in the integrity of the court’s files.  I have never received, to my recollection, a complaint from an attorney or another judge about documents ‘gone missing’ from court files.”

Stay tuned in on that one.

Back to our City Council. Demand your politicians do their homework. If they don’t understand what accountability, honesty and integrity is; let’s send them to classes. To refresh your memory, THIS is the Mission Statement of our City:

Vision:
The City of Crescent City will promote quality of life and community pride for our residents, businesses and visitors through leadership, teamwork, and values.

Mission:
The purpose of Crescent City is to promote a high quality of leadership, services, and life to our residents, businesses, and visitors by providing the most efficient, innovative and economically sound municipal services, based on our diverse history, culture and unique natural resources.

These statements are the basis for the City’s 2012 Strategic Plan.

One thought on “Paying Twice on the Sewer Expansion”