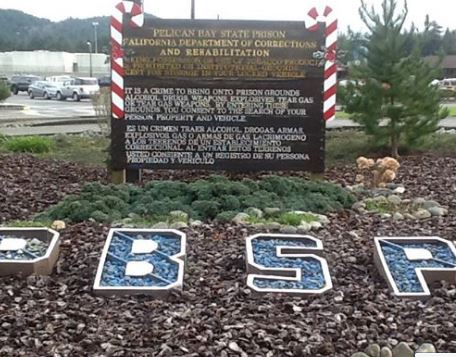 One of ther more enjoyable aspects of my job as Del Norte County District 1 Supervisors is sitting on the Pelican Bay State Prison Advisory Board. Tuesday, the Board held its quarterly meeting superbly chaired by Tom Cochran. It is at this meeting, selected members of the community and representatives of local government listen to and ask questions about recent on-goings at PBSP. I’d like to share details of this meeting with the public.

Pelican Bay houses 2106 inmates, including 319 currently in the one remaining Secured Housing Unit ( SHU ). There are 690 active corrections officers supported by 300 Healthcare and 275 Support employees.

The closed down SHU will be re-opened this Summer with 480 new cells dedicated to Level 2 lifers.

When I asked Warden Ducart about the newly-passed Prop 57 which amends sentencing protocols, the Warden said he is awaiting the new regulations from CDCR. It is estimated there may be as many as 30,000 inmates in the 35 CDCR facilities that COULD be eligible for new sentencing, ergo earlier release dates. I expressed my concerns about the long-term effects of the Prop 57 passage and its impact on the public.

I addressed the Board and told of them of Board Of Supervisors consideration of sending a letter to Warden Ducart requesting the re-commencement of the Level 1 Community Work Program, at NO COST to Del Norte County. The Warden fully supports the Program and is awaiting receipt of this Letter. Staff agreed, dispatching supervised work crews out to clean up our community, projects like cleaning up the 101 median, where only State workers ( or those under the supervision of the State) are permitted to work. The Warden said the timing was right to make the request for this program, perhaps on a pilot basis. That is very good news!

Rehabilitation programs are expanding. In the last six years, the # of programs, especially private/public partnership programs has expanded from six to 15. As it was so clearly pointed out to me, a bit of skeptic, like it or not, inmates are coming out of CDCR facilities and will be our neighbors. Yes, I will need to embrace and support those whose mission it is to mainstream this population back into society. What gnaws away at me is the victimology and accountability of those who have behaved so abhorentley in the past, will soon be back in our community.

And finally, CDCR reports the major problem is drug smuggling into the institutions. I am told Pelican Bay is near the top in terms of catching these drug smugglers and preventing the contraband from reaching the user.