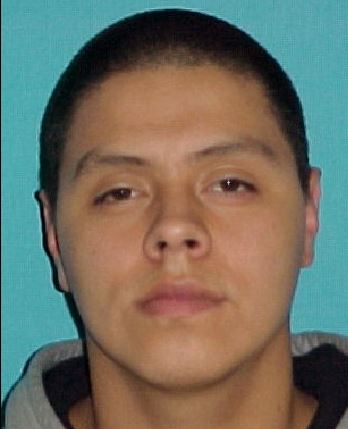 Arpil 6, 2017 – The Del Norte District Attorney’s Office announced that Robert Allen Lopez Cole (32) of Crescent City was sentenced this afternoon to serve eight years in state prison for Inflicting Corporal Injury on a Spouse or Co-Habitant and for a Special Allegation of having been previously convicted of a “strike” offense.  The victim in this case sustained multiple serious injuries as a result of being beaten by Cole for over 30 minutes.  She was rushed to the hospital by ambulance and treated for her injuries.

“This is one of the worst domestic violence cases I have seen in my three years as District Attorney,” said District Attorney Dale P. Trigg.  “This defendant has already been sent to prison twice for domestic violence but that did not stop him from beating this victim for 30 minutes and sending her to the hospital.  He should have to serve 80% of his eight year state prison sentence for this crime and his history but with the passage of Prop. 57, none of that matters.  He will be eligible for parole in just two years.  Somehow, our governor and over 64% of California voters think domestic violence is ‘non-violent’ and deserving of early parole consideration,” said Trigg.

Del Norte Sheriff’s Office Deputy Terry Ater did an excellent job in both his initial response and follow up on this serious case.  DA Investigator AC Field assisted in the follow up investigation.  Deputy District Attorney Annamarie Padilla handled the prosecution of this case for the District Attorney’s Office.