PROPERTY TAXES; REMIND ME AGAIN WHY DEL NORTE TAXPAYER’S ARE PAYING THEM 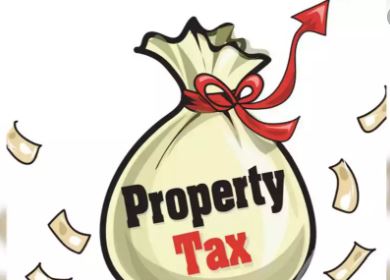 There is no question that 2020 took off on a bad start. COVID19 reared its ugly head, shutting down businesses, city and County buildings and services but let’s look beyond that.

January 17, 2020, a member of the public requested to file a complaint due to receiving a threat on social media. This member lived in the county. The Sheriff’s department never responded. I’m sure they were too busy to respond, after all, property taxes only pay for a small amount of service.

A member of the public who was against raising property taxes for the fire district receives two veiled threats. One from a retired fire chief who still works and receives public money, who said, “Hope you don’t need fire service.” and another threat from a former firefighter who said, “ Your life is not worth saving.” But that’s ok, some taxpayers don’t receive service because they are disliked.

Or how about continued incidents at Point St. George, where an individual who has a long criminal history for domestic violence, who posted bail to the tune of $50,000 and never appeared for court. Who is now body bumping women, and shining lights on individuals who enter the parking lot after dark. The District attorney knows about these situations, and I’m pretty sure the Sheriff’s office is aware, But, no arrests for failing to appear in court. I’m sure it is just to save taxpayer dollars, after all domestic violence isn’t much to worry about.

Or how about the high school students who are on continued long distance learning, and receive continued D’s and F’s on their report cards because teachers are not doing their job to rectify the technology malfunctions? This is a complete reflection of the teachers involved. After all, how much do we spend on that $25 million dollar bond taken out for the school district. Since the school district spent all of that, We can’t expect too much because we all owe for that $25 million that was spent. NO money, No sense in trying to fix the failed school system.

Why should we continue to faithfully pay our property taxes for services we don’t get? Asking for a friend .

One thought on “PROPERTY TAXES; REMIND ME AGAIN WHY DEL NORTE TAXPAYER’S ARE PAYING THEM”