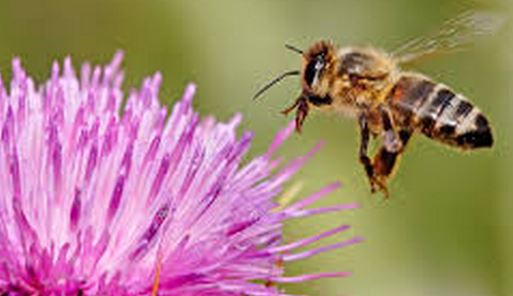 Portland, Oregon is the latest city to ban the pesticide credited with billing off bees – neonicotinoids or neonic’s for short.  After the Wilsonville incident, the Portland City Council voted  unanimously for the ban.

When the Wilsonville, Oregon incident occurred right outside a Target store, people immediately knew something was drastically wrong. “Wild bees are killed all the time in agricultural fields where nobody sees it happen,” said Mace Vaughan, the Xerces Society’s Pollinator Conservation Director. “The fact that this happened in an urban area is probably the only reason it came to our attention.”

Other cities that have banned the pesticide are; Eugene, Oregon, Spokane and Seattle, Washington (see article published June 24, 2014 on “Spokane, Wa. City Council Bans Neonicotinoids”  and colony collapse disorder) and Shorewood, Minnesota are among the growing number of cities to do the same.  Their ban does not extend to private property.  It includes the suspension of the city’s purchasing neonic’s and discontinuing use on public lands.

Neonics are mostly coated onto seeds to help farmers control insects.  They poison the whole treated plant including the nectar and pollen that bees eat.  Nionics can last months or even years in the plant, soil, and waterways.

In January of this year, more than 100 natural food brands, joined together in a drive to encourage the Obama Administration to ban pesticides linked to bee deaths.  President Obama issued a memorandum asking agencies to address steps to protect pollinators, however, the report is not expected to be released until sometime in 2015.

The honey bees have had a rough few years worldwide.  Their numbers have been dying off in the millions along with other pollinating insects. In the United States alone, more than 25 percent of the managed honey bee population has disappeared since 1990.  About one third of the food produced in the world relies on bees pollination.