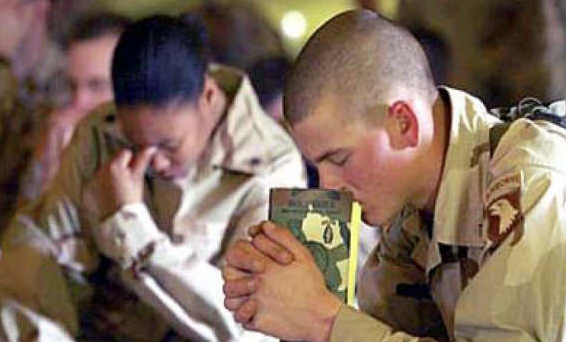 Picture credit to: terribradyblog.com of It seems Supervisor Gitlin really whacked the political pinata when he attempted to place the topic of nondenominational prayer for the opening of the Board  of Supervisors on the agenda. That subject was duly swatted down like a fly  by Chairman Finigan.
End of subject?
Not by any stretch of the  imagination. The subject has a life of its’ own and doesn’t show many signs of losing steam.
The topic to be settled first and foremost is the assumption of power assumed  by Chairman Finigan  in deciding what will and what will NOT be placed on the agenda  for public debate. Since I have already written on that subject I will write  my opinion on the related  subject of public prayer.
There’s not actually much to say on the subject; I simply support it.  Period.
There is much more to be said if one wishes to defend that position and I shall. I see three positions staked out on the subject.
FIRST: There are those of us who take the position of Constitutional support and  historical precedent.
SECONDLY: There are those who interpret the 1st amendment as establishing a wall between the sacred and the profane (and it doesn’t get much more profane than politics).
THIRD:  A group of people who simply want no part of it; not because of the finer points of law but simply want it far removed from their lives. It’s a nuisance and  they don’t want to deal with its’ ramifications.
As to the first group much has been said on the topic and being a humble man I cannot imagine a thing that I could add to the arguments FOR. On the other hand clever innovators are always coming up with nuances to buttress their lamentable position of the wall of separation theory. One such innovator, Ronald Thompson, wrote a letter to the Triplicate editor  which was printed on Aug. 9th titled CHURCH/STATE SEPARATION WAS PRIORITY FOR FRANKLIN. It was based on a documentary carried on History Channel sometime in the last week of July. It stated that Benjamin fin was a staunch separatist regarding Church-State affairs.  Personally  I have never read that Franklin was anything other than a  strong promoter of separation of church and state .
The founders were all promoters of that separation. It all depends what one understands the phrase “….separation of church and state” to mean. One thing it did not mean to that body of people was to cleave off all their deeply held religious convictions when tending to affairs of state. Their faith served as a light on the hill in making decisions for the newly formed nation.
It seems to this writer that very little of what is crafted  in today’s halls of power would have remotely been considered in those times. When they wrote that “congress shall make no law that establishes a religion what could be clearer? No state sponsored religion .The flip side of that coin clearly and unambiguously  states  that neither shall congress meddle  with the FREE EXERCISE of religion. Yes, there is a wall there alright and the meddlers have their noses against the wall of their own creation…..the Moaning Wall.
“The First Amendment was a restriction on the power of the federal government, not a grant of power. It prevented the federal government from establishing a national religion, but it did not grant it power to that government to to interfere in the church-state relations decided upon by the states…” (Excerpted from The Politically  Incorrect Guide to  American History by Thomas E.Woods , Jr.,PhD.(p 20).
To exemplify that pronouncement one need only refer to the common practice in today’s public bodies across the country from municipal levels to  state legislatures to the federal level.  Another extrapolation from a lengthy reference to that practice reads “A state legislature’s practice of opening each legislative day with a prayer by a state-paid chaplain does not violate the Establishment Clause{of the First Amendment}Such practice was actually authored by the Congress that proposed the Establishment Clause and is ‘deeply embedded’ in in our history and tradition.” MARSH V.CHAMBERS 463 US.783 (1983). See CONSTITUTIONAL LAW by Jesse Chopper-Gilbert law summaries,reference 973,p.268., a compilation of outlines by the nations’ most acclaimed law professors.
Of interest as an aside is the actual state- paid chaplain alluded to in the above quote. What Supervisor Gitlin proposed was not a a paid chaplain but a rotation of volunteer prayer-leading clergy. If a member of the attending public has an aversion to the practice they simply need not participate in any form.
Chairman Finigan’s objection to the proposed agenda item was by his own utterance a slippery slope avoidance in which he referenced  a potential challenge by ,among others, atheists who will not tolerate any such public exhibition of religiosity. The County of Del Norte Board of Supervisors is guilty of violation of the First Amendment rights of people of faith by their history of  denying the moment of prayer prior to their public session. That constitutes adherence to atheistic policy  which is a religion unto itself.

One thought on “PUBLIC PRAYER BEFORE PUBLIC BOS MEETINGS”