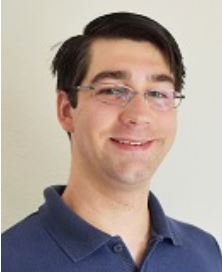 During a Special City Council meeting Mayor Greenough offered to give up his position as Mayor to Former Mayor Inscore. Puppet vs. Spineless Ninny, which can not be determined because Mayor Greenough (a Republican) exhibited both qualities.

The first part of the city council meeting was to determine for the City of Crescent City to spend more public funds to keep the Sister City relationship. It was determined that the City pay $155 and the County pay $155 to keep and belong to the International Sister City club.

When a member of the public suggested that Inscore pay for it out of his own pocket, Inscore went silent. And Eric Wier, City Manager, and the other’s are hanging onto how important it is to keep the Sister City for disaster training.

What that really means is trips to Japan, beer parties, museums, and getting naked at the bath houses. Remember their Measure S? Yeah… disaster training meant spend money in Japan cause God forbid the United States does not have the ability to train. What was shocking is Council member Beau Smith, who now has joined the CBC (Corruptive Brothers Club) decided “Hey, I’m elected, those promises I made for my election, don’t mean a thing..burp, spit.”

Then came the agenda item on how to replace resigned Alex Campbell. A special election by the people and for the people was immediately ruled out due to the cost of alleged $30,000. God forbid taxpayers spend $30,000 to elect who they want, after all $30,000 can get a few more trips to Japan and bring the Japanese here free of charge right? Wink Wink….

So what did the 4 city Council members elect to do? The hell with the city potholes. The Council members decide, “Hey…we are going to appoint a new member.” After that, Inscore was elected as pro tem mayor and Mayor Greenough (a Republican) decides and states, “I will entertain to give up Mayor if you want.” Shake my head. No leadership here.

Upon hearing this atrocity bullshit, my statement included, “Hey, I got an idea, how about we recall everyone of you board members and elect a whole new council.”

None of them, not one are worth the rotteness dirt a person could find.