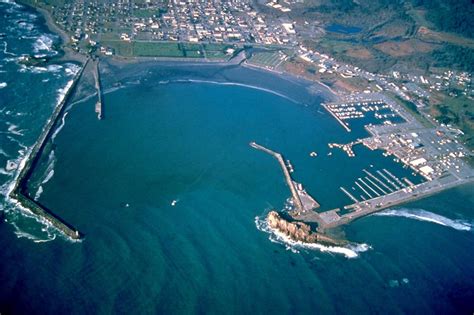 I have elected to give my brain a momentary rest from the absolute
insanity revealed at nearly every encounter with the Del Norte Unified
School District’s Citizen’s Oversight Committee, but stay tuned that
circus will be making an appearance shortly.  I happened to catch the
rather inane comments offered by the City’s City Manager, Eric Wier on
of all things why he thought gasoline and diesel prices have shot up
over the last nine months to the rarefied air that they currently
occupy.  Wier has taken a relatively simple task of explaining price
rise and twisted it into an almost unrecognizable state.  And this is
the man who offers advice and guidance to the City Council?

Granted he is on the money when he points to environmental concerns that
every spring causes fuel suppliers to jump through hoops in order to
satisfy California’s summer blending requirements and substantially
increases fuel costs.  The problem there is unless suppliers were
proactive in pricing for the blend change nine months ago, Wier’s
argument is a bit out of touch.  He goes on to say that the “pandemic”
caused a decrease in domestic production and lays the blame on oil
companies inability to “catch up” with prepandemic levels.  Sorry
Manager Wier, the price of fuel did not climb until a year and a half
into the pandemic, strike two. Wier then stumbles on to the go to cause,
the Russian invasion of the Ukraine and the subsequent and dilatory
response by the Biden Administration to suspend purchases of Russian
Crude.  Nice try, Manager Wier, but the price at the pump had already
climbed well before Dictator Putin’s merry band invaded the Ukraine,
strike three.  After that series of collisions with reality, Wier moved
on to safer ground.

Looks like the governor, on vacation from his latest book tour, or maybe
just back from vacation period, according to Wier, has noticed that
things under his watch haven’t noticeably improved since he took
office.  In typical Hair Gel fashion manipulation of money is his go to
response.  His current “solution is to “pause” the gasoline excise tax
and offer tax rebates, like that will please his environazi base.  Just
saying, the political animal he is….At least someone is awake in
Sacramento with Wier’s reference to AB 1638 winding a tortuous path
through the State’s Assembly to suspend that excise tax.  Lest we hold
our breaths. And finally the man in DC has put down his ice cream cone
long enough to release 50 million barrels of crude from the nation’s
Strategic Petroleum Reserve.  That ought to be good for at least a
couple of days of fuel consumption here in the United States.

Wier finalizes his ignorance of the rising cost of fuel by suggesting
that all his word salad has even the remotest connection to reality by
saying the City could put pen in hand and write the governor and
legislators in support of California’s flailing in Sacramento.  Not one
word, of course not, of any mention that it could possibly be the
policies of the Biden White House as the cause of the increasing price
of fuel.  Scratch my head and repeat, “is this the man in charge of
advising local City leadership?”  I have to say that even children with
the most tenuous grasp of current affairs might have noticed that Biden
came into office in January of 2021, made significant changes in US
policy surrounding oil production, embarked on “Green New Deal
Insanity”, and has largely been stuck behind an ice cream cone while
walking on the beach in Delaware since he first stumbled up the steps to
the White House.  In the brief time following his appearance as
President, it has not taken that particularly observant child to connect
the dots, and determine it just might be the Biden policies may have led
to the rise in fuel prices, all other causes as implausible……