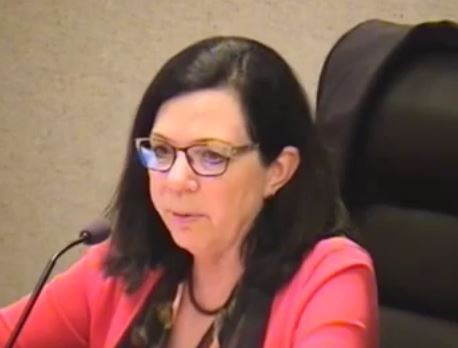 In the last eight years that Councilwoman Kathryn Murray has been on the City Council, I wonder how many businesses she helped attract to our fair city?

During the majority of her working years, hasn’t she been paid by the government teat?

Has Murray EVER started a business?  Had employees?  Filled out the volume of paperwork required by the City, State and Feds just to stay in business?

Has she ever picked up a phone and talked to established businesses to find out if they are interested in opening up a branch in Crescent City?

Has she ever pushed a broom, pulled weeds or dumped trash from sites around our City to help clean up the blight?

Yes, getting street lights county-wide would be a boon to property values which have continued to decline over the last eight years.  But where was she when I complained about five dozen city-wide street lights being out??? Street lights that were out for more than four years.  I’ll tell you where she was.  She was protecting former Public Works Director, Jim Barnts, because he already had, “…so much work to do” and “they had people out on sick-leave and therefore it shouldn’t be a priority.”

I really don’t know what she means about, “having the county partner with Wild Rivers Community Foundation and Building Healthy Communities to get them interested in and trained for county jobs.”

What part did she have in selling the two blighted motels?

Getting beyond identifying problems to finding solutions reminds me that she doesn’t deal with current problems so will she simply sweep them under the carpet?  La La La…. let’s just skip along and pretend those problems don’t exist so we can find solutions to…….. what?

So, these are some questions for 1st District Supervisorial Candidate, Kathryn Murray. And if she doesn’t give some decent answers then you can expect more of the same.  A do-nothing, protect-staff-at-all-costs type of elected official that won’t protect your hard earned tax paying or rate paying dollars. Because she doesn’t want to or know how to ask the hard questions.

Now ask her how many businesses have closed in Crescent City during the last eight years that she’s been on the city council. Does she have a list handy? What did she do to salvage any of them?

Next time we’ll evaluate whether or not Murray understands the Constitution and upholds it….based on her record.

One thought on “Questions for Candidate Kathryn Murray”