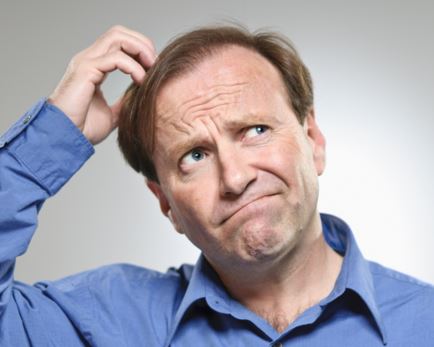 I see by the rash of news coverage that the State and our elected representatives have decided, before an upcoming election of course, to raise the minimum wage to $15.00 over the next several years. I’m thinking how generous of our elected officials, who by the way will no doubt be generally unaffected or inconvenienced by their action, but just how will that largess translate when applied to our local situation to help low wage earners become wage equal.

There is no doubt that in our largely service oriented economy where many entry level jobs generally not meant to sustain anything more than a single young adult just starting out are occupied by older adults with families to provide for and bills to be paid.  A substantial raise in wages, even over a period of time will seem like a life saver, particularly to those just barely making it.  Yet before everyone gets all euphoric about a rather dramatic boosts in pay and all the things that one thinks should automatically be attainable, it might be wise to check on what also might happen that does not appear to be beneficial to that same group of people as well as many others in our local community.

The first people that one should consider are the employers who pay those employees, whether large corporations or very small businesses, that are expected to pay nearly a 33% increase in basic wage cost, plus any increases in the employees benefit package.  In addition, employers will likely be faced with wage increases to already trained and long term employees.  While a few might simply absorb the additional cost, many will seek to correct this additional wage burden in a variety of ways.  The first things that come to mind are fewer employees, higher prices for their service or product, simply to lay off all their employees and become an owner only businesses, or finally close up the business entirely.  All of these employer solutions will negatively impact those workers that raising the minimum wage was meant to assist.

Beyond the basic potential loss of jobs, those in Sacramento failed to take into consideration the very diverse nature of economies. City economies with lots of foot traffic into businesses verses Rural and small town economies with very small numbers of potential buyers of those same services or products will for certain feel the impact to a much larger degree.  While job loss in large metropolitan areas might be accommodated, in rural areas such as ours it can be devastating.  Generally there are few enough jobs to go around, so when an increase in minimum wage comes along, and businesses react, the cost to those newly minted minimum wage workers very likely will be substantial.

While job loss, fewer businesses, and higher prices for goods and services are more likely in our area, there is another consideration that few people in government stop to consider and that is overall wealth disparity.  Many of the people that work those minimum wage jobs in our area also support a family that is generally at the bottom of all wage earners.  Very often the money they earn is not enough to pay all the bills and as a bridge to solvency they also receive a variety of financial assistance in the form of food stamps, rent assistance, and any number of aid programs designed to make and keep them financially solvent.  Because the State has acted, doesn’t mean that any assistance connected to federal funding has made the same leap.  It is almost certain that the increase in the minimum wage will very likely place the new wage earners in the position of having to decide whether the improved wages counter act the loss of those supplemental financial benefits.  We then might find that people that previously worked, will quit those minimum wage jobs and revert to being entirely aid supported.

When as in most instances those in government view the political landscape, it is almost always without consideration for those that will bear the cost of their decisions.  Politicians and those staffers who influence them have by their general over all financial well being inoculated themselves from the affects of their poor decisions and often do not pay any price.  While the jury is still out as to how the raising of the minimum wage will affect us here locally, I suspect it will not be pretty.   One can only hope that employers have that creative spark in sufficient numbers to counter the affects of a State wide mandate that was poorly thought out and implemented.

One thought on “Raising the minimum wage?”