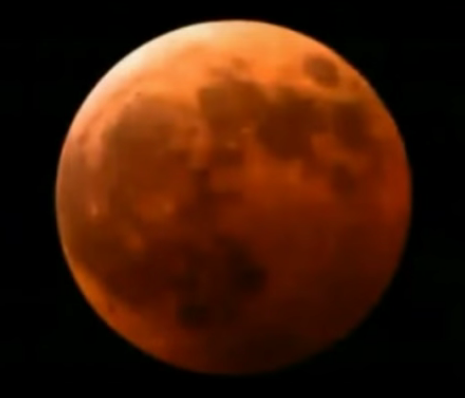 A spectacular show and you can see it without any special equipment.  Starting at 5:11 pm, Sunday, September 27th, the moon will be in its closest proximity to Earth, it will appear up to 14 percent larger and 33% brighter. At 226,000 miles away, tonight the moon is at it’s “perigee,” the shortest distance from Earth. The maximum view will be at 7:47 pm.

This rare combination of a total lunar eclipse when the full moon passes through the darkest part of Earth’s shadow with a full harvest moon. The reason tonight is a rare event is because it’s called a Supermoon.  The moon will appear deep rusty red which is due to sunlight being shattered by the Earth’s atmosphere. Thus the name, Blood Moon.

While the lunar eclipse may last only minutes, the Blood Moon can last about an hour and 20 minutes. Total duration of the total lunar eclipse will be 5 hours and 11 minutes.

Crescent City should have clear skies tonight.  In the event you can’t take time out, you can watch NASA’s live stream from 5:00 p.m. until at least 8:30 p.m. broadcast from Marshall Space Flight Center in Huntsville, Alabama, with a live feed from the Griffith Observatory in Los Angeles, California.