Remember the War on Drugs? 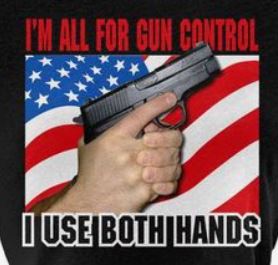 Every time I hear about our government wanting more and more laws and restrictions on guns, I want to vomit.

Since when has the government and in particular this administration with the worst President ever, BIDEN, come up with any solutions to our country’s problems.

All we’ve seen so far is one disaster after another. So, when the Federal Government declares a war on guns, I say, another failure sure to take place.

As we’ve seen on social media, guns have been used to kill people and to save people from killers.

What is most important is the history of gun confiscation in other country’s around the world:

To be more accurate about Nazi Germany, they did not just murder six million Jewish men, women and children with guns alone. They used gas chambers, used humans as slave labor, starved them and experimented on them. And, not just six million were killed. Between 1938 and 1945 closer to 11 million were killed which included other groups, including at times their children, because of their perceived racial and biological inferiority: Gypsies, Germans with disabilities, and some of the Slavic peoples (especially Poles and Russians). Other groups were persecuted on political, ideological, and behavioral grounds, among them Communists, Socialists, Jehovah’s Witnesses, and homosexuals.

What is to be gained by our current Democratic controlled government by making gun ownership more difficult or even gun confiscation a reality?

Confiscating guns, paying rewards for tips, all of that amounts to a hill of beans at least in Chicago. Guns were replaced the very next day for those intent on having guns.

Doesn’t it make more sense to create the type of security in schools that is currently used in our airports?