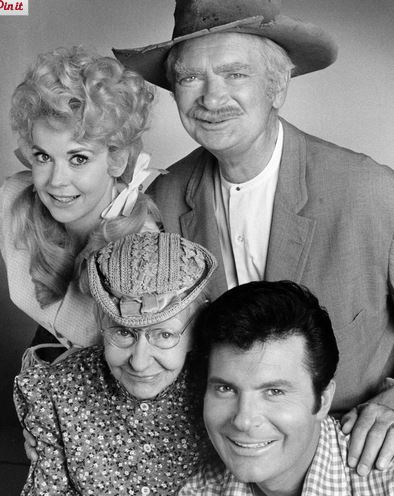 I first met Donna Douglas when she was 27 years old. Her job was actress.  She played Elly Mae Clampett on the Beverly Hillbillies who’s character was about 17. That was around 1962.

I remember Donna coming into our house and calling my mother and father, “Miz Rose” and “Mr. Herman.”  She looked just the same on TV as she did in real life. Actually, now that I think about it, she was prettier in real life. A genuine sweet person.

She loved my mother’s cooking and was frequently around at meal time.  When I knew her she was single or had been divorced.  The few times she dated, she brought over some golf greats and introduced them to our family.

As a kid growing up in Los Angeles, my friends and I frequently went to the set and watched them taping the show.  Donna was always friendly.  Most of the other cast members stayed to themselves.

During the mid ’60’s, she starred in a movie with Elvis Presley called Frankie and Johnny and confided in us that she didn’t like him very much.

The Beverly Hillbillies aired for 9 years.  She didn’t make very much money doing that show, specially by today’s standards, but she got sacks and sacks of fan mail day in and day out.  My mom helped her sign her photos and mailed one to each and every fan.

Some of the similarities between our families:  Donna Douglas and my mother were both born on September 26th.  Five or six of our family members had birthdates on the same date.  Donna and my mom’s handwriting was almost identical.  They both were interested in religion, new age stuff, and nutrition.  Later in life she became more interested in Christianity.

Her favorite colors were pink and baby blue.  I can’t recall ever seeing her dressed in anything other than pink, except on the TV set; and driving her car which was blue…baby blue. They were also my mother’s favorite colors.

My mom accompanied Donna to Nashville on one trip when she started her country western/gospel singing career.  I remember listening to her rehearse accompanied by the piano in Brentwood, California before the trip.

If I could remember where I put our family photo albums from the ’60’s, I’d have lots more pictures to share.  The last time I spoke with Donna was about 4 years ago when I was helping to take care of my dying mother at the age of 96.