REP. LAUREN BOEBERT DEMANDS ANSWERS ABOUT BIDEN’S BOTCHED AFGHANISTAN WITHDRAWAL ON ANNIVERSARY OF THE TRAGEDY IN KABUL THAT KILLED 13 HEROES 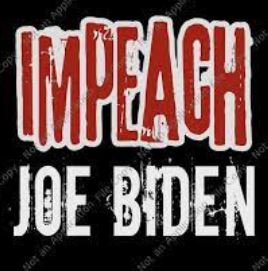 Today, August 26, 2022, Congresswoman Lauren Boebert sent a letter to the White House demanding answers for Biden’s failures that led to the loss of 13 American Marines, Soldiers, and Sailors.

Congresswoman Boebert said, “One year ago today, 13 U.S. Servicemembers died in the terrorist attack on Kabul Airport. After the Biden regime started stonewalling any Congressional oversight into the mismanaged, tragic Afghanistan pullout, I introduced articles of impeachment against Joe Biden and Kamala Harris. One year later, the Biden regime is still not being held accountable by the fake news and Nancy Pelosi’s Congress. There have been no resignations, no indictments, no investigations, no congressional oversight, no outcry from the liberal media, and no apologies. We are still left with 13 dead heroes and unanswered questions. On the anniversary of these heroes’ deaths, I demanded answers from the Biden regime so that their families can get the answers they deserve.

“Joe Biden has never had time for these 13 heroes. From checking his watch at Dover to passing over their sacrifice at the State of the Union, this so-called ‘Commander in Chief,’ who is in command of nothing, has disrespected those who gave their all in support of our great country. The blame rests squarely with Joe Biden. He is the one who sought his office. The buck stops with him.”

For the 18 months before Biden implemented his botched Afghanistan withdrawal, not a single American servicemember had lost their life in Afghanistan. But after blundering Biden took the helm of leadership, 13 American Marines, Soldiers, and Sailors made the ultimate sacrifice.

While Biden has pathetically touted the Afghanistan withdrawal as an achievement, he abandoned over 1,000 U.S. citizens and thousands of lawful permanent residents in a backward Islamic theocracy.

Instead of leading the country through this crisis, Joe Biden lied to the American people, lied to our Afghan allies, and cared more about optics than saving lives. On August 31, a partial transcript of Biden’s phone call with Afghan President Ghani was leaked to the press. In the phone call, Biden pressured the Afghan President to “project a different picture” “whether it is true or not” to “change perception.” Furthermore, Biden promised President Ghani that he would provide air support to the Afghan military. Biden broke his promise, and the Afghan military suffered defeat in only a matter of days.

Unfortunately, the Biden regime hasn’t answered these important questions, hoping instead that this tragedy will simply go away. Rep. Boebert won’t let that happen. She is demanding answers.

The full text of the letter Congresswoman Boebert sent to Joe Biden is available here and below:

The lives of 13 American families will never be the same – will never be made whole – because of your incompetence and the grotesque negligence of your subordinates. From February 2020 until August 26, 2021, not a single American servicemember had lost their life in Afghanistan – a period of 18 months. Five days before we withdrew from Afghanistan, thirteen courageous marines and sailors offered for the posterity of our nation their full measure of devotion. In their sacrifice, they fulfilled that old Bible verse: “there is no greater love than this, that a person would lay down his life for the sake of his friends.”

Americans continue to mourn the lives of these heroes, many of whom were in their early 20s. As a nation, we continue to lament the loss of our country’s prestige and honor, and we regret that you were – and are still – charged with the incredible task of leading our people. For the past year and a half, your regime has done nothing more than recycle excuse-filled diatribes aimed against your predecessor, and quite frankly, the American people don’t deserve your lies or your regime’s brazen attempt to whitewash the harrowing historical record. They deserve clear answers from their Commander-in-Chief.

You were the one who sought this office. The buck stops with you.

It is incoherent and demoralizing to consistently hear you argue out of one corner of your mouth that your predecessor had placed you in an impossible situation in Afghanistan, and out of the other corner of your mouth, insist that the evacuation of our citizens was a resounding success – indeed, all praise to the greatest airlift in American history, an airlift so successful that more than 95% of all evacuees weren’t even American. Never again do I want to hear you argue that our withdrawal from Afghanistan was in any way good or even acceptable.

You abandoned more than 1,000 American citizens and thousands of Lawful Permanent Residents (LPRs); you left them to fend for themselves in a 10th Century Islamist theocracy you helped establish over the course of just a few weeks. Worse still, you left it to your breathtakingly incompetent Secretary of State to offer contradictory messages to our fellow citizens as to whether it was safe to travel to Hamid Karzai International Airport (HKIA), complicating evacuation efforts even further.

On August 28, 2021, the Washington Post reported that the Taliban had offered General (GEN) McKenzie (Ret.) the opportunity to take responsibility for the security of Kabul. He rejected that offer outright and maintained that the mission of evacuating Americans only required the use of HKIA. If the United States was able to take ownership of security in Kabul, the issue of Taliban checkpoints around the perimeter of the airport would have become a moot point, the lives of our 13 servicemembers could have been spared, and the evacuation would have been far more successful at getting our people out of that hellhole.

One year after the bombing at Abbey Gate, your regime continues to avoid any accountability for mistakes and derelictions of duty. It is simply beyond comprehension that anyone involved in compromising our ability to rescue Americans could still be cashing taxpayer-funded paychecks and/or pensions. Anyone with a role to play in this national debacle should resign in disgrace. If they refuse, you must fire them with extreme prejudice.

There are still many things we don’t know, and your regime has consistently refused to cooperate with Congressional Republicans seeking further clarification surrounding events from the fall of Kabul to the bombing at Abbey Gate – to the end of the Non-combatant Evacuation Operation (NEO) on August 31. I demand answers to the following questions your regime has regularly ignored:

2. How many Americans, if any, are still stranded in Afghanistan?

3. As discussed above, GEN McKenzie was offered control of the security of Kabul by the Taliban. Were you aware of this offer from the Taliban? If you were, why didn’t you do anything about it? And if you were not aware, why would you be excluded from discussions regarding critical parameters relating to the evacuation of U.S. citizens, especially as you carry ultimate responsibility for their safe return? In hindsight, don’t you agree it was foolish to trust the Taliban to secure to the perimeter around HKIA, particularly since reports indicate Americans attempting to go to HKIA were beaten by the Taliban?

Would you have turned down the opportunity for the United States to oversee security in Kabul? Will you commit to pursuing basic accountability measures for any individual found to have played a role in worsening the circumstances of our tragically botched withdrawal?

4. In September 2021, news reports emerged that the Pentagon could have stopped the suicide bomber that killed 13 of our Servicemembers on August 26th and had a predator drone locked on this individual, a member of ISIS-K. When permission was requested to launch the drone, it was supposedly denied. Fox News Channel’s Jennifer Griffin spoke to “multiple senior leaders”, with a spokesman for GEN McKenzie (Ret.) categorically denying these claims. Can you also categorically deny these reports, and will you commit to ordering the Inspector General of the Department of Defense to conduct an independent review into this claim to determine its veracity?

5. As he was preparing for his own nomination as Secretary of State, Antony Blinken revealed that he had once received more than $5,000 in a speaking fee from the former Prime Minister of Pakistan, Imran Khan (who was in office during the time of the Afghanistan withdrawal). Mr. Khan immediately praised the Taliban following the fall of Kabul, telling the world that the Taliban had finally “[broken] the shackles of slavery”.

Were Antony Blinken’s financial ties to a prominent terrorist sympathizer – an individual who led a country known for regularly providing safe refuge for several members of the Taliban –thoroughly scrutinized before Mr. Blinken’s nomination as Secretary of State? Did these ties raise any concerns following the fall of Kabul? Do you believe Mr. Blinken should answer for his financial ties to the leader of a terrorist state, yes or no?

Given that your regime failed to implement an NEO until August 14, don’t you agree that Mr. Blinken’s decision to go vacationing in the Hamptons as Kabul fell to the Taliban – and his decision not to go beyond very basic evacuation planning until hours before Kabul fell – indicate to you that Secretary Blinken ought to be removed from the sacred charge of keeping Americans safe?

6. The United States still holds $7 billion dollars in Afghan central bank reserves; can you commit that none of these funds will be used in any way that would make it easier for the Taliban to retain power? Does your regime have a long-term plan for the use of these funds?

As we enter the 118th Congress, there will be increased calls for accountability and additional information, including further investigations into the perceived and real failures of those charged with the task of evacuating our fellow citizens. My colleagues and I will make sure of it. Your lack of leadership during the withdrawal from Afghanistan was a national embarrassment and tragedy of the highest order, particularly for those families who continue to grieve the loss of their young heroes. For as long as you are the President, I will never let you forget that.