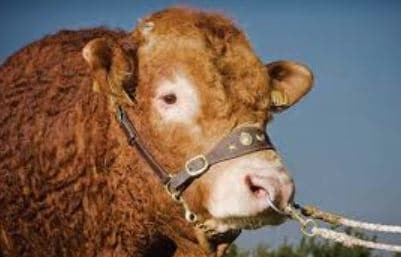 I would love to be writing about my latest trip out of Del Norte County,
which included a few days in the “dumpster fire” formerly one of the
most picturesque cities in the Northwest, Portland, Oregon, and on to a
few more days in the breath taking beauty of Olympic National Park.
Alas, I have come back to a County where representatives are clueless
about what it means to be a representative.  From our woe be gone Board
of Supervisors, the City’s Council, to the brain dead “five” on the
Harbor Board, this County has no representation in sight.  Sad to say
but those elected to represent the public have not a clue as to what the
word “represent” actually means, and continue to make decisions that do
not represent those that elected them.

A simple Google search would reveal that “to represent” equates “to be
entitled, elected, or appointed to act for someone, in this case, those
that happen to be your constituents, in an official capacity”.  In
simpler terms for those that have mangled the act of representative
beyond recognition, it means that it is not your decision to make, but
to LISTEN, TO THOSE YOU REPRESENT AND  MAKE DECISIONS ACCORDINGLY.
Small thing, that part, but essential to the whole meaning of the terms
“to represent”.  I have heard it said on many occasions by various
members of our local representatives, if only people were truly informed
as to the “Why” we make the decisions we make, unfortunately that
doesn’t appear anywhere in the job description of a representative.

The “People’s” business is just that.  It was never meant to exclude the
public from that business, and;  therefore, it can become quite
“messy”.  The very idea of “a representative republic” is meant to
include discourse, debate, and participate by the public at every turn.
To ignore that precept should bring dire consequences at the ballot box
should a representative fail in the one thing his job has become, to
represent.  I find no evidence that our current governing bodies at the
Harbor, the Board of Supervisors, or the City Council have any concept
of what their “job” actually is.  Instead there clearly is an unhealthy
obsession to follow the dictates of the “hired” help, then rewarding
them for what they should be “doing” normally.

Unfortunately, there seems to be an unending scenario of malfeasance,
self aggrandizement, and entitlement in the senior level of the local
government staff, something this County can ill afford no matter how
much that government appears to find it “necessary”.   The local
citizenry does not have the “means” to be profligate in their spending
for government services and must have representation that clearly
recognizes that cold hard truth. Whether it is necessitating the
resurrection of the Tri Agency, or hiring an additional Code Enforcement
Officers by County government, our representation MUST understand that
these simple seeming “decisions” undermine the ability of some in the
community to have a meaningful standard of living.  It does no good to
provide services for your constituents if they do not have the means to
enjoy them.  It has come to the point that “Big Brother” has not
recognized the fact that continued over reach has begun to fail the
public in a very demonstrative fashion.  No matter how much government
“preaches” the devastation that will occur should ANY source of revenue
be rescinded, many find curbing government excess necessary to enable
them to continue to maintain their state of well being.  Those that
“represent” us, we, the public, need to start hearing that public and do
your job, which is to LISTEN, and not to those that continue to preach
more government is better.