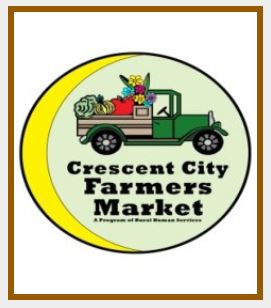 When I first heard about this story, I was eating at Torrero’s fabulous Mexican Food restaurant, when a lady started talking about the misfortune of the Filipino food booth at the Saturday Farmers Market hosted by Rural Human Services (RHS) held in the Harbor. The lady had been informed that the food booth had been kicked out of Farmer’s Market for dumping grey water onto the grass. That, in my opinion, seemed a bit extreme especially since most environmentalists seem to use grey water for gardening and sprinkling on grass.

So, I went to the Harbor Master to ask why they supported such a decision and the truth of the matter came out. “We support RHS’s decision because, unfortunately, they did not just dump grey water. While they did dump grey water on the grass (which killed a section of grass) they also dumped their fryer oil in the parking lot. It has happened twice now. The first time they claimed it was a spill and threw some dirt on it. The second time, last Saturday, they dumped gallons of fryer oil on the pavement which flows to the storm drain and into the bay.”

Luckily the flow didn’t make it into the storm drain this time. Crescent City Harbor District could be fined heavily for oily runoff from our storm drains not to mention the potential environmental impacts. For this reason I have told RHS that the harbor will not interfere with their decisions with vendors. “Dumping” any type of used oil is ridiculous considering there are many places that want used oil for their heaters and such. One place in particular is the Mazda Dealer in Brookings, Oregon who recycles oil to heat their shop.

The food booth owners are fully supported by many people of the community. Had they researched how to get rid of used fryer oil they would have discovered there are many places that will take used fryer oil off their hands.

Don’t know what is going to happen after this situation, if they will get a third chance or not, but one thing is for sure, why would anyone want to pollute our harbor that cost a fortune to rebuild into something nice?