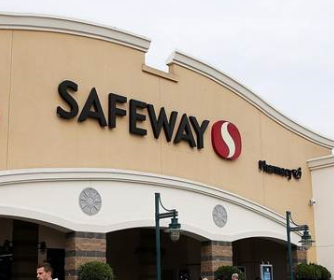 Another familiar name in the grocery store chain is Albertson’s.  Cerberus’ Albertson has just inked a deal with Safeway that is expected to go into effect later this year in the 4th quarter.

In a statement on the Albertsons website, the company said the deal “will create a diversified network that includes over 2,400 stores, 27 distribution facilities and 20 manufacturing plants with over 250,000 dedicated and loyal employees. No store closures are expected as a result of this transaction.”  Safeway was second in the marketplace with their Vons and Pavilion stores in Southern California.  In first place is Kroger’s.

However, when I checked Scottrade recently, there was rumor and speculation that store closures will take place on any store that they deem unprofitable.  Will that, perchance, include our own local store?

One of the reasons for merging these giants is because consumers are increasingly diversifying their grocery shopping, spreading their purchases among multiple retailers instead of sticking to one stop at a single supermarket.  Who in Crescent City doesn’t divide their shopping into trips to Grocery Outlet, Safeway, WalMart, Wild Rivers Health Food Store and Fred Meyers in Brookings, Or.   That doesn’t even include those that purchase on-line.

Why would Safeway exec’s sell off their stock?  Well, when rumors abound of buy outs, and stock prices go up it’s just a very good time to sell.  Besides, if the deal doesn’t go through, Safeway’s stock may plummet.

One thought on “SAFEWAY PURCHASED FOR $9.4 BILLION”