San Francisco: The Death Of A Progressive City 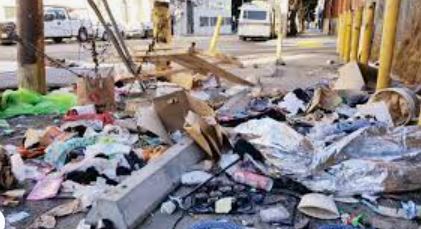 There is no question that San Francisco was an extraordinarily beautiful
city to visit and share in its treasures.  The cable cars, Telegraph
Hill, Pier Thirty Nine, and countless other wonders were around each
corner as a visitor’s delight.  Fine dinning, wealth, and sparking
neighborhoods were the norm, a pleasure cornucopia at arm’s reach in
this city by the bay.  Along with its picture perfect skyline there has
always been that “touch” of rebellion that percolated through San
Francisco since before the end of the Vietnam War era.  The sixties were
a time in the city of anti war sentiment, a drug culture, and Haight
Asbury.  Since the 1980’s when it was still possible to go downtown in
San Francisco without being subjected at nearly every corner to the
current display of the open drug scene, homeless encampments, trash
strewn dirty streets, and violent crime, Progressive policies have
ruined this city by the bay.

It is not just that drug overdose deaths in San Francisco had risen to
71,000 by 2017 that has pointed to the ruin, but decades of
Liberal/Progressive rule that has gone soft on any thing that remotely
resembles RESPONSIBILITY.  Our illustrious governor, Gavin Newsom, had
his crack at bringing order to San Francisco’s decent into third world
status before becoming governor of the State.  Things haven’t changed
much since Hair Gel changed addresses.  All the things that plague San
Fran are front and center State wide.

The failure to recognize that Progressive policies in the Bayside city
are the root of the problem and not some other insidious malady yet
unrecognized, continues to plague any response to the corruption plainly
evident.  Lack of enforcement, no buy in to change bad behavior,
untreated mental and addictive habits, the open drug scene including
sales, and on and on.  It has been said repeatedly when you interview
progressives, they are more likely than not to point every where else
but themselves in spite of the fact they have been in charge
particularly in San Francisco since the Reagan years.

It is not possible to house the homeless in the city with permanent
housing, and would not work in any case without some sort of change in
the recipient’s life style.  Temporary housing maybe, but even then
changes in behavior or professional help for mental and addiction issues
should be a prerequisite.  Law enforcement and the elimination of the
open drug scenes would hasten the change.  Drugs and alcohol becoming
harder to acquire. No tolerance for drug related crime, are some of the
steps that would be necessary.  Housing first should be discarded in
favor of sheltering , no more sleeping anywhere.

Progressive policies of non treatment of mental illness, non treatment
of addiction, unsheltered sleeping, defecate any where, drugs on speed
dial, and no arrest for minor offenses should be eliminated every
where.  Mandated treatment following arrest for criminal offenses, and
no assistance period for those that make no effort to change their
destructive behavior.

San Francisco’s ruin by Progressives will not go away quietly, but to
not change will only further its decline.  Venezuela did not start its
decline until socialist/progressive policies were in place in that
Country.  It is only because of the extreme wealth that exists in a
small way in the City, that the decline has been hidden.  That can no
longer be the case and should be a welcome warning of what can come to
even our local area if this corrosive practice which has begun to
intrude into this County is allowed to continue.  Are you listening True
North?