“Save the Harbor” is hypocrisy of the highest order 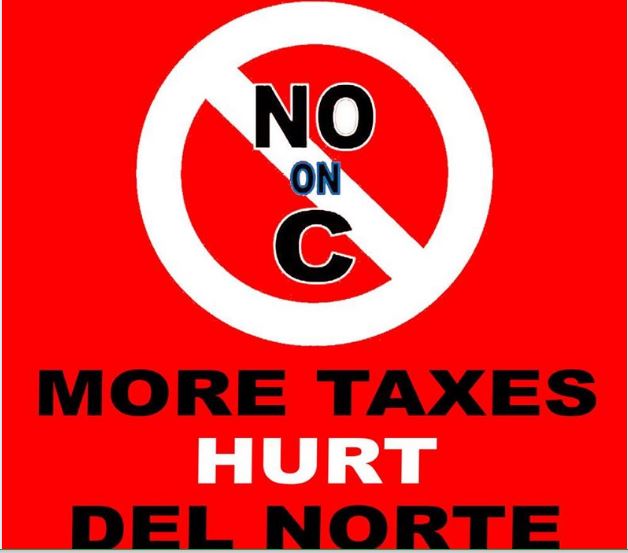 It is truly a sad day when young people in this County are taken in by emotional appeals like “Save the Harbor”.  I suppose it could be said that it is even worse when adults are gulled by the same arguments.  I have to find the humor in a recent Letter to Editor by a local woman claiming you have to be uninformed to vote No on Measure C.  She spins her way through the usual suspects of tsunami damage, to “a little bit
of help from our community to aid the continuing viability of the
harbor, and finally ending with a resurrected harbor and commercial fleet.
The harsh truth of the matter is clearly stated in the Harbor’s “Notice
of intent to circulate petition” ( Del Norte County sample ballot and
voter guide), where the harbor openly admits that “the harbor is running
a $498,000.00 operating deficit PER year and will run out of operating
funds within the next 2 to 2 and 1/2 years”.  If Measure C were to pass,
and the harbor was relieved of the $262,000.00 expense by the tax levy,
it would allow them to postpone bankruptcy for 4 to 5 years, and, to be
in exactly the same situation that they are in now.  So I have to ask,
both Ms. Loren A. Brown and Mr. Brayden Hatch just how uninformed are
the voters who are voting NO on Measure C, when the harbor itself
clearly appears to have misguided voters on the viability of the harbor
in the first place.The basic economics of the harbor’s current financial woes should scare
even the heartiest of supporters of the harbor’s current scheme to plug
the massive shortfall of daily operating dollars, let alone address the
$11.4  million in  deferred maintenance and the $5.5 million
indebtedness to the Department of Agriculture. The question becomes not
why people are opposed to Measure C, but what rational adult, let alone
a nineteen year old self described Bernie Sanders Socialist, would
support this kind of an irresponsible bailout of the harbor for a cash
strapped County. The final nail in the financial coffin of the current
Commission might not even wait around for the 4 to 5 years, but come in
the form of another devastating tsunami and millions of dollars of
further damage made even more expensive to restore by the ill conceived
actions of the Commission members that reached far too high in restoring
the damage from 2011.Let me assure Ms. Brown and Mr. Hatch, that voting NO on Measure C will
not be the kind of catastrophe that they and the harbor commission are
peddling to the public.  It will likely have very little effect on the
Commercial fishermen or the “850 jobs” in the harbor.  It will not
change much of anything with regards to the $10 million crab industry,
that only more State crabbing regulations are likely change to any great
degree.  Finally, only someone who is truly uninformed would think that
the additional TOT will not ultimately be paid by local businesses and
their employees.No passage of a measure on the local ballot is going to change the fact
that the harbor was in trouble financially long before the 2006
tsunami.  In the last eleven years there have been few attempts by the
members on that commission to change course and become viable.  The
actions of the commission during that time have, if anything, made the
harbor’s money problems far worse.  To suggest that this current effort
by the Harbor Commission and its supporters will “Save the Harbor” is
hypocrisy of the highest order.  The harbor, quite frankly, has been
financially circling the drain for some time.  The commercial fishermen
in the harbor aren’t in any condition to change that situation and
shouldn’t be party to the idea that it is possible.  The combination of
the harbor’s current inability to fund daily operating cost, pay its
debt and cover a massive deferred maintenance costs, which by the way is
indisputable, should give anyone pause, informed or otherwise.

This “uninformed” voter will be voting NO on Measure C.