SB 1383 Ask For A Permanent Exemption? 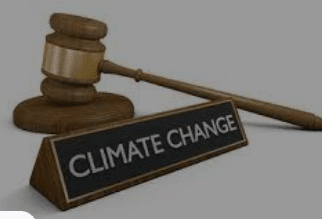 Most people in this County probably don’t even know what SB 1383 is let
alone can prepare themselves for yet another idiotic move by the
Democrats in the State Senate to control your life and wallet in the
name of “Climate Change”.  As was revealed in an earlier article on the
subject of edible food recovery and yard debris, the State has decided
that these items when placed in a land fill produce unacceptable levels
of methane, yet another minor gas in the atmosphere.  What happened to
CO2, maybe on holiday in China?  In any event SB 1383 is another bit of
governmental nonsense that will likely cost taxpayers or refuse
collection participants a healthy wad of cash.

Naturally, the State has left the details up to our local Lords to
stumble through what will likely be a pointless waste of time and money,
perhaps even a whole new bureaucratic nightmare, like we need more of
that.  The usual suspects are already hard at it, in the City, the Del
Norte Solid Waste Management Authority, the Board of Stupervisors, and
maybe even the Del Norte Department of Public Health.  With that
collection of government stumble bums, the results ought to be
terrifyingly expensive.  The organic waste part of the Bill wishes to
reduce organic waste from ending up in the landfill by 75% before 2025
and recover 20% of food currently being disposed of for use by people in
need.  Safeway, Walmart, and Grocery Outlet are the current targets for
the recovery portion of the Bill.

The remainder of SB 1383 targets construction and landscaping
requirements.  More regulation for builders and landscapers to drive the
cost of housing even higher and less affordable.  Nice job, Democrats in
the California legislature.  California already is struggling and
failing when it comes to housing, yet the “bird brains” in Sacramento
can’t seem to understand this simple dynamic.  The more expensive the
housing, the smaller number of people that can afford to be housed;
hence, you end up with more homeless in the population.

By in large this new bill, SB 1383, is another disaster in the making.
Our local royalty will likely turn it into something that resembles a
cataclysm without much effort.  It is sure to be expensive, so be
prepared.  If only someone on the City’s Council, or even the brain dead
on the Board of Supervisor’s would understand that first of all Del
Norte County does not have a working landfill.  The organic waste is
currently being transported to White City.  We;  therefore, do not
contribute to California’s methane problem in that way.  Unless the
California legislators are wishing to regulate in Oregon, organic
materials reduction in landfills in California is not a problem that
even exists in Del Norte County.  We should be exempt from that portion
of SB1383.  The Community Food Council has been working on the food
recovery aspect, problem solved.  Then it is up to the Building
Department and Code Enforcement to regulate the “Green Building Code” to
their heart’s content.  Problems solved without dipping into anyone’s
pocket, except for the poor sap who has to contend with the “Green
Building Code”.   Hope that person has deep pockets… And besides, no
new government bureaucracy has to be established to further dip into
the taxpayer’s pocket….