Schellong Wonders, “How Did We Get Here?” 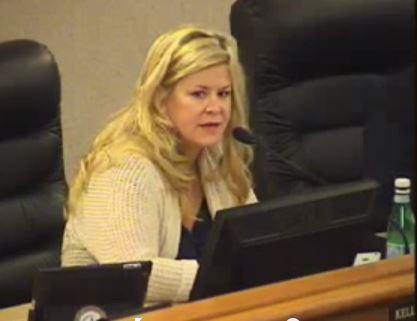 Who can resist $154/month sewer bills?

That’s one scenario proposed on what it would take to make the deficit go away on the waste water treatment plant (WWTP).

Bankruptcy, but that was not mentioned nor discussed in the City Council meeting that took place Monday night, July 21st.

Now,  how short are some people’s memories? Councilwoman Schellong probably doesn’t remember voting to approve a $35,000 design error that was stuck on the backs of the ratepayers.  Or the questions about Stover Engineering double and triple billing which was brought up before she and 3 others on the council voted to approve another $895,000 on his contract.

Or how about the City of Santa Paula that contracted with a firm to do their WWTP for a fixed rate and by a fixed date.  If they didn’t finish by that date, they were not paid.  And no change orders. Funny how someone (Jim Barnts) who is considered a major real estate developer never mentioned that to our city council in 2007. Does Schellong remember that Wahlund et al, did not finish the WWTP by their original date; however, they did manage to finish a WWTP for Lucky 7 during the same construction period as our WWTP.

Least we forget, we had 20 change orders on our plant which is another way of contractors stating “Let’s get more money “.  Plus, questions directed at former Public Works Director Jim Barnts, about the problems in the lab.  First, where was his documentation on how he derived that the $2.5 million lab would pay for itself in 2 years.  They haven’t made a profit yet.  Speaking of the lab, while the very expensive copper roof will outlast all of us, things are falling apart under the roof.  The issues of light’s having duct tape over them, the”bad air” flowing outside on the same wall not too far from where the “good air” comes in, scratches on the counter tops, and cabinets falling apart to name a few…. well, they haven’t been fixed and no one knows when they will be fixed.

Speaking of the lab, where in the bid docs does it say anything about a lab?  Plenty is written about the $30 million plus for the very expensive, MBR system (Membrane Bioreactor), very expensive to maintain and expensive to replace parts.  Does our sewer system even work right yet? We didn’t have an MBR system before 2007, does that mean the entire $30 mil plus goes towards expansion?  Since Prop 218 spells out that expansion is to be borne by developers and not the ratepayers what exactly is our expansion component?  Certainly not 11.8%.

Schellong needs to refresh her memory by watching the old video’s of prior council meetings.  Then Schellong ought to write up a list of all the things she voted to approve that put the burden of $43.8 million on the backs of the ratepayers and instead of asking, “How did we get here?” she ought to ask herself why she voted the way she did.

Is there truth to the rumor that after Lonnie Levy was fired from the WWTP, Jim Barnts and his buddies went in, took out all of the boxes of evidence Lonnie was collecting proving fraud and corruption on the WWTP and Jim/buddies destroyed every single shed of paper within 24 hours?

There are probably good reasons why many people in the community believe Jim Barnts should be in jail. Maybe Schellong hasn’t bothered to speak with those people.  If she had, then maybe she’ll finally answer her own question, “How did we get here?”

3 thoughts on “Schellong Wonders, “How Did We Get Here?””