Sewer Rate Protests – I Remember When 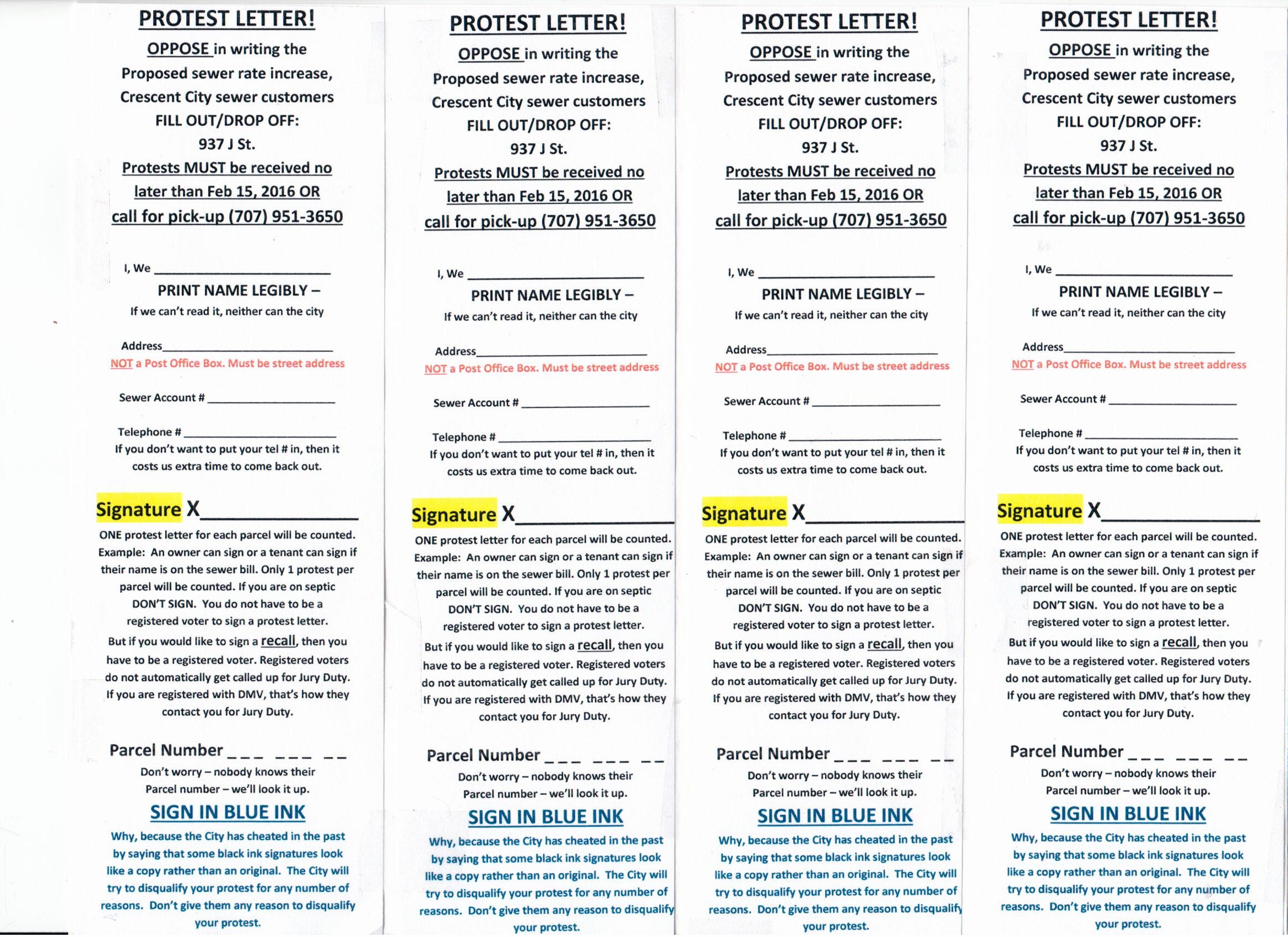 I remember when:
During the very first proposed sewer rate increase, you know, the one that was meant to pay for a newly expanded too-expensive sewer, I was at a council meeting when I heard Ward Stover, or was it Jim Barnts, maybe even Eric Weir, state that that this newest $43.8 million price tag was only to cover the first of three phases. The second and third phases would bring the total up to $100 million. My jaw hit the floor. Surely the people would be outraged by this. They might have been if they had known, but nothing was ever made truly public about it. I tried writing a letter to the editor about it, but the letter was heavily edited by the Triplicate to exclude that juicy little tidbit.
Now here we are, so many rate increases later, and still they can’t make ends meet on the sewer budget. So we have another rate increase staring us in the pocket book. I remember collecting signatures for the water rate increase and we were telling people our water/sewer bills would be $100 plus. They accused of us of fear mongering. Currently my combined water/sewer bill is $94. If the new rate structure goes through, it will be $105 the first year, increasing annually for three more years. So I guess we were right after all.
And on top of that they want another $36 million for phase two? Who’s going to pay for that? More rate increases in the future beyond those currently proposed? Just how high do they need to go before they finally get it right? Every time they raise the rates it’s supposed to be the last. They keep using the same company to study the rate structure and they haven’t gotten it right yet. Why would this time be any different?
Here’s what I see for Crescent City’s future on sewer/water rates. Expect rate increases forever because they keep making bad studies and they keep raising the stakes. We’ve been doing fine without phase two, so why do we need it? Really, who will truly benefit from the next two phases? I have my ideas about that too, but no one believes anything I say about it until it actually becomes reality, so I’ll just keep it to myself and eventually you’ll get the answer.

One thought on “Sewer Rate Protests – I Remember When”