She’s still Speaker of the House 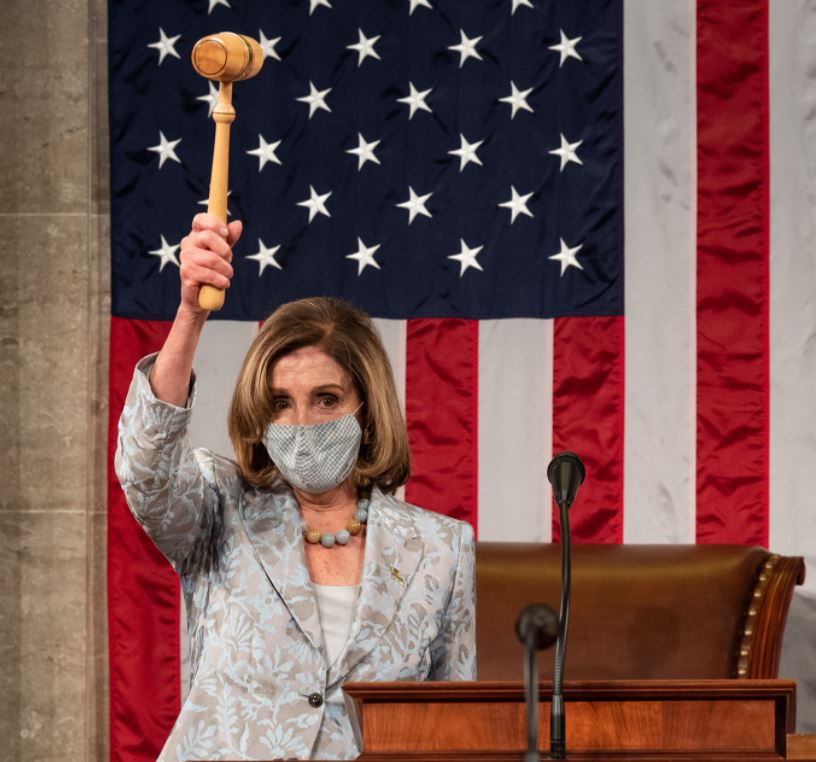 The size of the voting House of Representatives is 435.

Nancy Pelosi (D -CA) was reelected as House Speaker today by a vote of 216.

House Minority Leader, Kevin McCarthy (R-CA) got 209 votes. That totals 425. What happened to the other 10 votes?

The vote had to be done in person. Three were not physically there. One Democrat is battling pancreatic cancer. Two Republicans tested positive for the Corona virus. What happened to the other seven votes?

After telling their constituents they wouldn’t vote for Pelosi, when push came to shove, they did indeed vote for Pelosi and that would be AOC -Alexandria Ocasio-Cortez (D-N.Y.) and Rep. Cori Bush (D-Mo.) a Black Lives Matter activist.

And there we have it. Still missing two votes. Let me know if you find them .