Should Eye on Del Norte weigh in on national politics? 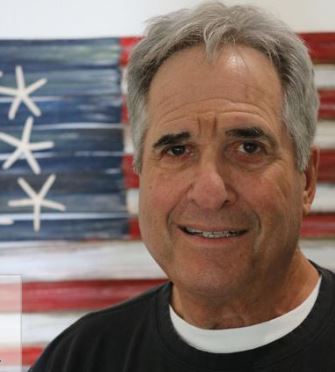 An interested citizen sent me an appreciative email, recently. She suggested and requested I broaden my scope of subject matter to include national and international issues. I thought about it and wondered if Biden,  Pelosi (Nancy and Paul), Taiwan, the border, inflation and the beltway should be included or even belong in The Triplicate. I think not.

There’s  certainly no shortage of excellent, highly-respected voices who articulately speak on national issues. What more words of cogent wisdom could I offer? The Triplicate is the local voice. One is challenged to recognize credible competition to report what’s going on in Del Norte County and across the North State better than Country Media and The Triplicate. Onerous legislation passed in Sacramento, autographed by Gavin Newsom is painfully brought to our mailboxes every Friday. Of course,  there are plenty of national stories which impact Crescent City. The disastrous open, lawless southern border the president has green-lighted in welcoming an estimated two million illegal aliens (and  future voters) to the United States these past 12 months, is just one of the tragic realities citizens read about. Rumors abound clandestine busses are depositing these illegal aliens into rural communities across America, like Crescent City. This kind of subject matter, though distressing, is the exception not the rule.

There’s no shortage of local,  regional and state news on which to share our views. Though passionate and opinionated on what’s going on in Washington and the world, I am committed to bringing attention and more local involvement and comment to The Triplicate.

The level of political intolerance by some is deep-rooted, regrettable and shameful. One wouldn’t know by its crimson color, but Del Norte County is a conservative bastion nestled in the far north-west corner of the Golden State. Donald Trump easily won the county in both presidential campaigns. Del Norte County stands alone as the only red Coastal county (of 15 which face the Pacific) in California. Yet Del Norte’s dependency on Sacramento is destructively extreme.

Eye on Del Norte’s mission is to shine a bright spotlight on this intolerance and its divisive goal in targeting the middle class. Showing the state’s radical agenda and misdeeds is my mission and I take it seriously.

How is it possible that politically red Del Norte could be so hopelessly controlled by Sacramento? Simple answer: Money. In previous commentaries, I’ve pointed out that almost 43 percent of every dollar allocated in the 21-22, $172 million budget is splayed across 11 Departments in Health and Human Services. People in perpetual need is big business and growing in tiny Del Norte.

The Public Hearing for the ‘22-23 budget will take place this upcoming week and will far eclipse our current wanton spending. The Department of Health and Human Services will corral an even higher percentage of our impoverished county’s economy. More government, less prosperity.

At the August 23 Board of Supervisors meeting,  an astounding 22 consent agenda items were rubber-stamped-passed with nary a discussion or comment from any of the five supervisors. All passed unanimously, no debate, no dissent.  17 of those YES votes will spend your money with no open public disclosure.

Not surprisingly, most of these unknown to you expenditures are directed to the Department of Health and Human Services. This dynamic is culture-changing and dangerous. Ponder a moment what the image and appearance of Del Norte County would be if 43 percent of its budget was allocated to law enforcement, roads improvements and blight removal.

There’s only so much ink in the Triplicate well. Do you feel the newspaper should cover even a simple syllable on the president OR devote more coverage to what’s going on with our moribund Board of Supervisors?

Do Triplicate readers want justification for raising the local sales tax 13.4 percent (one percent from 7.25 to 8.25 percent is a 13 percent plus increase) via Measures T (City) and U (County)?  OR would you prefer opinion brokers like me writing about the January 6th nonsense and the almost-Supreme Court Justice, sour grapes Attorney-General Merrick Garland’s Department of Justice raid on the Trump Mar-a-lago home?

Del Norte County continues to attract countless individuals who’ve migrated from parts unknown with seemingly nothing in their pockets but problems and have free reign to beg on prominent street corners, abuse drugs and alcohol and suffer mental illness while the ineffective government agency tasked with helping these tragic souls, grows exponentially. It is vitally important to address these destructive dynamics rather than opine on the shameless pandering by the president in forgiving $500 billion in Pell federal education loans, while receiving tens of millions in political contributions from education industry lobbyists for the president’s successful 2020 campaign. Tempting as it may be to jump into the national debate, I will continue to focus on local and regional issues affecting Del Norte.

All politics is local.

Making these changes is very difficult and tedious. Change starts right here, right now and duly noted on this first Tuesday in November.

Roger Gitlin is a retired Del Norte County Supervisor. This article appeared originally in the Del Norte Triplicate as a Guest Column.

4 thoughts on “Should Eye on Del Norte weigh in on national politics?”