Should Tod Roy be indicted? Should Judge Follett step down? 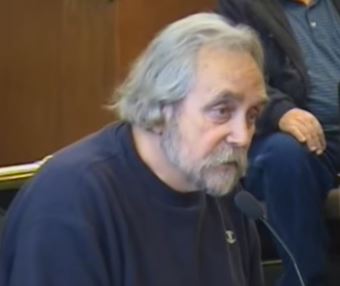 By Donna Westfall – March 12, 2017 – Let’s spend some time examining the Grand Jury system in Del Norte County.  This is bound to be a multi-part series.  From allegations that it’s too white, to being too connected to some Judges, to foremen and jurors being handpicked in order to parrot the Judge’s agenda or the Democratic party’s agenda.  In this case, arrows point to Judge Follett. Does he even believe in the sanctity of the court any more, or giving a fair trial based on law, or keeping politics out of his courtroom or the Grand Jury for that matter?

What’s the function of a Grand Jury? The Grand Jury was intended to give the people of the United States of America total control over a potentially corrupt government and to enable prosecution of corrupt or criminal government officials, agents and employees, whether they were elected, hired or appointed.

REMINDER: The Constitution of The United States of America was created and designed to give the individual or collective people of America the power to tell the government what to do.  In other words,  the work of the GRAND JURY is supposed to be as the WATCHDOG. Wish it were so, but there’s a hornet’s nest of allegations of corruption that has been taking place in the Grand Jury so badly that people of the public stopped submitting complaints because they realized it was a waste of their time and effort.

When you become a Grand Juror in Del Norte County, the County Clerk, currently Alissia Northrup, administers the Oath of Office:

To be crystal clear: The Grand Jury is a Constitutional fixture in its own right. The Grand Jury is not a tool of government to use against its citizens.  When Tod Roy took the position of foreman, and simultaneously as investigator on the Solid Waste Authority, it’s becoming perfectly clear that he went in either with his agenda or as a puppet for someone else’s agenda.  His apparent goal was to GET Roger Gitlin and Mary Wilson. His investigation and findings on Mary Wilson were rejected by the Del Norte Solid Waste Management Authority.

Rather than rehash that whole gory chapter of that history, let’s concentrate on Tod Roy for just a moment.  It’s looking very creepy on some of the things you can find on the internet about Tod Roy.  Back in 2007, he was mentioned in a lawsuit having to do with sexual harassment and gender discrimination at Pelican Bay State Prison.

“Davis claims that, in August-September 2000, one of her colleagues, Dr. Tod Roy, would stand outside the EOP staff bathroom observing how long (Davis) was in the bathroom.”

It get’s creepier from there.

“Davis Decl. When she got out of the bathroom, Roy would tell her how long it had been.  Id. Davis alleges that this conduct by Roy ‘was a near-daily occurrence, and caused me embarrassment and humiliation’.”

That’s not the end, but the next part really isn’t appropriate for general publication. So, let’s look at what he did to warrant a complaint to the California Board of Psychology.  He became impatient with the woman.  He took the test back from her, filled it out himself and made his determination that she suffers from some unspecified mental illness, PTSD and depression. The woman is a fundamentalist Christian.  Purportedly, he hates fundamentalist Christians. It’s apparent he lets his personal bias dictate decisions that are detrimental to people’s lives.

Based on a source that wishes to remain anonymous that was connected to the prison, Dr. Tod Roy was known as a company man. Whatever they asked of him, he did.

In the past I’ve emailed Tod Roy to respond to questions and his reply boiled down to NO.

Instead of perpetuating the myth that no man is above the law, what are the odds that a present Grand Jury can receive and investigate a complaint about a prior Grand Jury and those that served? In other words, should a corrupt Grand Jury, foreman or jurors be exempt from the law? Will the confidentiality of the Grand Jury insulate those that need to be taken to task? Should Tod Roy be indicted? Our legal counsel states “YES” he can be indicted.  Information has been sent requesting District Attorney, Dale Trigg investigate Tod Roy.

How will our neck of the woods ever be free of so much corruption.  Perhaps the next step is peaceful picketing or protesting.  Will it work?  Only if it shines a light on the problem and people start getting involved to change the situation.

5 thoughts on “Should Tod Roy be indicted? Should Judge Follett step down?”