Standing up for Conscience and Religious Beliefs 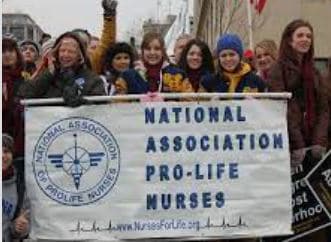 Sandra Rojas lost her nursing job for declining to be involved in abortion. Now, a court has ordered her former employer—the health department in Winnebago County, Illinois—to pay more than $370,000 toward her attorneys’ fees.

As a pediatric nurse for 18 years, Sandra won awards for professionalism and commitment to her patients. But things changed in 2015, when her department was merged with the women’s health department. All nurses—even pediatric nurses—were required to provide abortion referrals and abortifacient drugs. This would have violated Sandra’s conscience and religious beliefs.

Sandra was forced out of her job, losing her income and health insurance. She sought legal protection under the Illinois Health Care Right of Conscience Act, and ADF assisted her attorneys with the case.

Last year, an Illinois court ruled that Winnebago County had improperly discriminated against Sandra by failing to accommodate her sincere religious beliefs. Now, the court’s fee award sends a clear message: health care workers are free to practice medicine in a manner consistent with their conscience and religious beliefs.

If the government fails to respect that legally protected freedom, there will be a steep penalty.