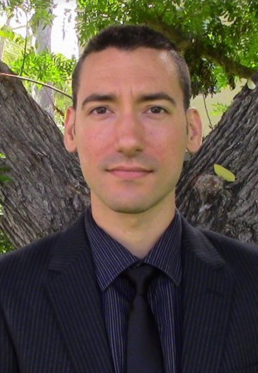 As of August, five states have made moves to defund Planned Parenthood (PP). Another 13 have launched investigations when a series of undercover video’s were released showing PP’s officials discussing the sale of fetal tissues for profit.

“The Inspector General for Medicaid in Texas uncovered several legal violations by PP,” said Governor Abbott in the interview. “There is evidence that PP altered the abortion procedure in order to obtain fetal tissue. This violates both federal law as well as state law. Second, the Inspector General found evidence where PP allowed unsanitary conditions that could cause the spread of infectious diseases. Third, is the fact that PP has already previously been found in violation of Medicaid fraud for billing for items and services that were either unnecessary or never provided and the Inspector General says he has uncovered more instances of these types of violations.”

Texas defunded PP in 2010. The five states that are currently defunding or trying to defund PP are:  New Hampshire,  Utah, Louisiana, Arkansas, and Alabama.

Why are states defunding Planned Parenthood?

Federal funds are sent to the states to fund Medi-Cal/Medicaid.  Therefore, abortions that were specifically denied funding to PP are being paid for by many states through Medi-Cal/Medicaid. In contrast to the five states, in California abortions are paid for through Medi-Cal (called Medicaid in all other states). NOTE: “You do NOT need to provide proof of citizenship if you are applying for Medi-Cal for Pregnancy. Sometimes Medi-Cal eligibility workers get this wrong, though. If you run into a problem with someone asking you for proof of citizenship, you can call your local abortion fund, ACCESS, for help:  1-800-376-4636 (English) or 1-888-442-2237 (Español).”

Who instigated the change in our Nation’s moral debate?

David Deleiden.  He’s 26 years old and lives in California.  He founded the Center for Medical Progress (CMP) and is the man behind the camera of those video’s.

PP, created by founder, Margaret Sanger, to disburse information about women’s sexual health and family planning. The information was sorely needed. But the creepy, insidious part of Sanger and even private funders of Planned Parenthood these days seem to equate being “poor” with being “bad parent material”.

When did things go askew?

In 1973, the infamous case Roe v Wade made it legal to have abortions.  No more back alley botched jobs.  60 million abortions later, and millions of American’s clamoring that it’s time to swing the pendulum the other way, PP has come under heavy attack. Why are women’s rights and women’s health more important than the fetuses rights? And, who, in their wildest imagination, would ever have thought that 42 years later, body parts from aborted fetuses would be sold?

PP received over $1/2 billion from the government year in and year out in addition to private donors to help fund their many offices across America.  The Bill and Melinda Gates foundation contributed millions.  Warren Buffett contributed millions. Government money was specifically given with strings attached.  That money was NOT to be used for abortions. Neither money from the US Government nor money from the Gates foundation was to be used for abortions.

However, Buffetts money was earmarked The Justice Fund and reimbursed PP 40% – 75% of the abortions $400 price tag in Texas.

And now, learning that tissues and organs from aborted fetuses were being sold to help fund PP gives a rather macabre and disturbing aura to their organization. Thoughts of horror movies starring Vincent Price, Freddie Krueger, Wes Craven’s slasher movies; the living nightmares of our tax dollars going to such an enterprise is gruesome and illegal. And not just once, but twice…. first through Medicaid and then through Obamacare.

Light at the end of the tunnel?

People formerly employed by PP, like Abby Johnson, have exited the abortion industry and converted to the pro-life cause.  Her organization helps others in a similar dilemma.

Abby Johnson is the former director of a Planned Parenthood abortion facility in Bryan, Texas. Abby has founded a non-profit called And Then There Were None.

On November 12th, the former facility where Abby Johnson worked for 8 years has been converted from a PP facility to a pro-life haven for women in crisis pregnancy called Hope Pregnancy Center. They will be offering pregnancy testing, STD testing, ultrasounds, counseling, medical information – all completely free, with ultrasounds performed by a full-time registered nurse under the supervision of a licensed physician.

When people like Presidential hopeful, Dr. Ben Carson, decry abortion we may actually see the day when human fetuses are given as much protection as endangered animals.