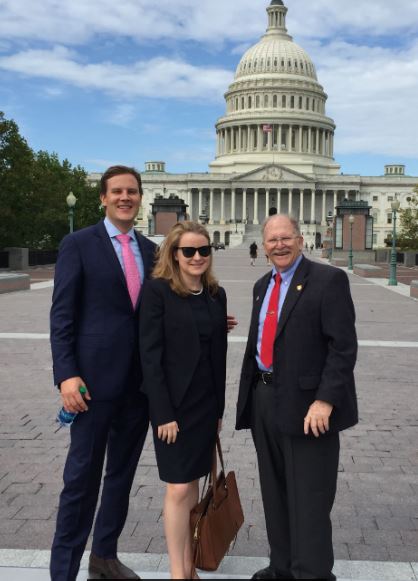 “After years of struggling to get noticed by the administration in Washington D.C., we were able to put our case for the replacement of Last Chance Grade directly to the White House.” Supervisor Berkowitz said in a recent interview.

The number one issue, according to Berkowitz, was the proposed bypass to Last Chance Grade.   Berkowitz said “Tim Arnade, the Congressional Liaison Team Leader with the Federal Highway Administration said that the Risk Assessment of Last Chance Grade should be done next March which will give us a good idea of how the government should proceed with the replacement of this slide prone roadway.

Berkowitz was able to present three issues to William Kirkland the Special Assistant to the President in the White House.  Last Chance Grade, the reauthorization of the Secure Schools and Rural Communities legislation. which has provided a million dollars to repair Del Norte County roads along with a similar amount for local schools and the Essential Air Service which insures that we have air service serving our county.  Berkowitz said he was very encouraged by the results of his talks.  “The White House had not been informed about our issues and were very interested.  This administration has only been in office for about 9 months and they are looking for infrastructure projects that could implement President Trump’s plan to spend a trillion dollars repairing and replacing the nation’s crumbling roads.”

One of the comments Berkowitz said he heard most often was that it is important to have representatives of the Del Norte County Board of Supervisors in Washington D.C. on a regular basis so that important issues can get a hearing more often.

One of the things that impressed me about Sup. Berkowitz is that he paid for this trip out of his own pocket and did not use County funds.

3 thoughts on “Sup. Berkowitz Returns From The White House”