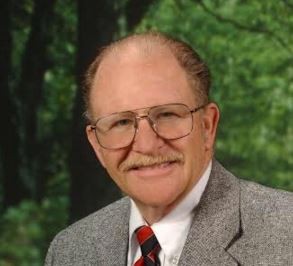 Del Norte County Supervisor Bob Berkowitz announced at the last board of supervisors meeting that he will be going to Washington D.C. this September in order to advocate for the county’s policy agenda.

At the meeting Berkowitz said, “My priority will be advocating for funding for the Last Chance Grade Bypass that may require a commitment of over a billion dollars; reauthorization of the Secure Rural Schools and Communities legislation.  The expiration of that funding source has cost us over a million dollars in lost revenue for our local roads; keeping  our Essential Air Service (EAS) subsidy that insures that we maintain air service in our area; dredging our harbor by the Corps of Engineers, to keep it a viable port to support our fishing and tourism industry.

Berkowitz added that there is no substitute for being where the decisions are being made that have an important impact for Del Norte County.

Berkowitz is no stranger to working with the federal government to get resources to Del Norte County.  He was a member of the staff of former Congressman Frank Riggs.  During his tenure, as a staff member, Berkowitz, worked to assist the congressman to get funds to build a berm on the Klamath River to prevent flooding from severe storms, and helped to get the legislation necessary so that the Del Norte County School District could build a new school in Gasquet after the old one was destroyed by fire.

At a recent meeting of the board, it was emphasized that it was important that congress and the administration realize how severe our problems are and we need to be in Washington D.C. to make sure that our story gets a hearing by those who will make the decisions.