Terminating the Disinformation Governance Board 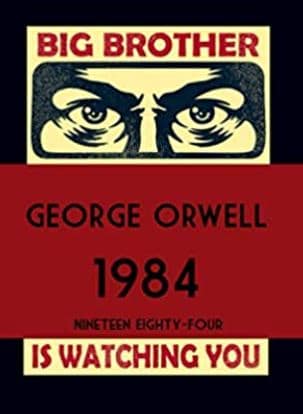 WASHINGTON, D.C.— Congresswoman Lauren Boebert lead’s members of Congress in a bill to terminate the Department of Homeland Security’s Disinformation Governance Board and to prohibit funds from paying for any similar entity.

Rep. Lauren Boebert led 61 of her colleagues in introducing the Protecting Free Speech Act to terminate the Department of Homeland Security’s Disinformation Governance Board, also known as the “Ministry of Truth”, and prohibit any federal funds from being used to establish or carry out the activities of any other entity that is substantially similar.

Congresswoman Lauren Boebert (CO-03) stated, “The Department of Homeland Security should not be in the business of censoring free speech on Twitter and Facebook. Following in the steps of Mao and Stalin, Biden’s unconstitutional, dystopian “Department of Propaganda” is trampling on the First Amendment and trying to control what people can and can’t say. Instead of treating Orwell’s book 1984 as a warning, the Left appears to be using it as an outline for their agenda. These efforts are un-American and a direct attack on our freedoms. We the People will not be silent.”

House Republican Whip Steve Scalise (LA-01) said, “The Biden Administration’s Soviet-style ‘Ministry of Truth’ is an Orwellian attempt by Washington Democrats to punish anyone who disagrees with their big government socialist agenda by deeming opposing views as disinformation. This isn’t Democrats’ first attempt to limit free speech. For years, Democrats at the highest levels of power pushed the fake Russia collusion hoax to discredit President Trump and his supporters. It was the Biden Administration who labeled concerned parents at school board meetings as ‘domestic terrorists,’ and it was President Biden who caved to teachers union bosses, and kept kids out of the classroom, instead of following the science. I applaud Congresswoman Boebert for leading the charge to prevent taxpayer money from funding President Biden’s radical misinformation board, which would stifle the First Amendment and free speech.”

House Republican Conference Chairwoman Elise Stefanik (NY-21) stated, “I will always stand up for Americans’ First Amendment right to free speech. As the Biden administration takes one more step towards Communism by creating a Disinformation Governance Board, I am proud to cosponsor legislation to terminate this obstruction to Americans’ free speech and prevent taxpayer dollars from funding any future attack on this Constitutional right.”

U.S. Congressman Jody Hice (GA-10) said, “Mayorkas and the DHS are weaponizing taxpayer dollars against the American people instead of using their resources to protect the country. The government should have no power to limit individuals’ Constitutional right to free speech. No government agency should have a say in determining what is and isn’t disinformation.”

On April 25th, Elon Musk bought Twitter and promised to end the censorship and restore free speech on this social media platform.

On April 27th, Secretary of the Department of Homeland Security (DHS), Alejandro Mayorkas, testified before Congress that DHS created a “Disinformation Governance Board” to combat misinformation ahead of the 2022 midterms.

Secretary Mayorkas refused to give many details about the new entity but stated that the Executive Director would be Nina Jankowicz, a Russia hoax espousing radical who is on video singing and asking who she needs to have sex with to become famous and powerful.

When asked about the Department on Fox News Sunday, Secretary Mayorkas refused to answer whether or not the Steele Dossier would be considered disinformation. In contrast, Jankowicz previously referred to the Hunter Biden laptop as a “Trump campaign product” used for disinformation. Nina Jankowicz also dismissed scientists who claimed COVID-19 could have emerged from a Wuhan lab as disinformation. Finally, Jankowicz recently stated that she “shudders to think about” the additional free speech that will occur on Twitter now that Elon Musk has purchased the platform.