Texas: San Marcos Voters Say No to Fluoride in Water 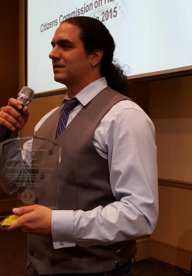 After years of work a grassroots effort to remove fluoride from San Marcos drinking water has succeeded.

Similar to Crescent City, after years of trying to engage their city leaders to take action against toxic waste fluoride in their drinking water, the group calling themselves Fluoride Free San Marcos took it to the voters. Yesterday, their campaign won!  Another organization, Justin Arman’s organization, Texans for Accountable Government (TAG) helped in the effort.  From TAG’s website:

San Marcos is located in central Texas and is the fastest growing city in the country.

Sam Brannon of Fluoride Free San Marcos described how they went door to door collecting over 1,600 signatures to get it on the ballot.

“I’m proud of the people of San Marcos for ending such an irrational policy,” said Justin Arman.