The 5-0 Club Back Together Again 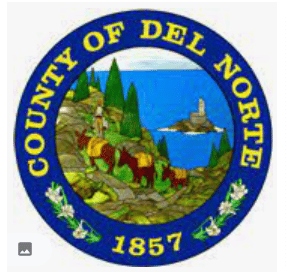 One would think that with all five of the current Board of Supervisors
present it would be a cause for celebration, but no, it appeared to be
yet another case of five regular people totally out of their collective
depth when conducting the County’s business.  Over the course of three
and a half hours of time on the podium, comfortably seated, the Board
succeeded in performance of such mediocrity that exceeded my most
exuberant expectations. As usual, the theater of false hope was on full
display as there appeared to be a certain level of dissent during the
discussion of several items on the agenda, but never fear dear reader,
the inevitable occurred at every turn as the 5-0 Club was in top form.

The consent agenda was its usual top heavy rubber stamping of all things
Health and Human Services with few outliers.  Public comment provided
some early entertainment regarding vacation rentals on the South Bank
which drew little obvious attention from the Board.  Wondering if
Supervisor Howard will recuse himself should the issue ever reach the
consciousness of the Board as a future action item.  While the direction
of the meeting meandered through several scheduled items there appeared
to be “no one home” on the dais, not terribly surprising.  Government in
action.

A hearing on a proposed storage facility that appeared to go no where
fast.  An exceptionally unimportant report on Area One Agency On Aging
that continues to reflect a need to separate from Humboldt County and
generate something more complete in this County.  A report on economic
development, should we be fortunate enough to have any.  But then again
there is also the new hire that will hold our collective hands to lead
us to the promised land at no doubt a healthy compensation package.  And
finally a healthy dose of word salad from our local Health and Human
Services Department and its thirteen smaller bureaucracies, all with a
well paid coordinator in charge.  If only they could be more productive
and actually be worth the $120 million or so it costs the County to keep
them well stocked with consultants.

The General Government items were the usual hoot.  Not that any
important or relevant decisions were made, just a lot of tilting at
proverbial windmills.  Vault privies were first up and an ordinance was
the first ingredient in the Board’s deliberations. This titillating bit
of business was closely followed by the sudden interest of the Board in
legitimizing their recent bestowal of thousands of dollars of Measure
“R” money on Animal Control by moving its control to the Sheriff’s
Department.  Wondering if Planning, Code Enforcement, Grant Writing, and
a few other Measure “R” recipients will find themselves being relocated
there also. Not to be deterred by the obvious, where it was pointed out
that the Sheriff’s office, not to belabor the point, already has a
legion of unresolved crucial issues that have not surrendered to the
infusion of Measure “R” funding by any stretch of anyone’s imagination.
The Board, heads wagging in ascent, like a row of bobble head dolls,
directed CAO Neal Lopez to prepare for the move.

It is almost as if members of the public are invisible when pointing to
an obvious problem with the direction the Board takes.  Similarly, those
at the public trough, seem unable to be appreciative of the benefits
they do receive.  Following Sheriff Garrett Scott’s agreement to become
Del Norte County’s Dog Catcher, some what of a demotion, those at both
Animal Control and the Agriculture Department appeared aggrieved with
developments.

The first, those at Animal Control,  not being given
enough of a slice of the funding pie and the second a laundry list of
failed performance due to associations with Animal Control.  Seems the
squabbling over Measure “R” funding has no limits.

The cherry on the top of the sundae came in the form of a renewed
relationship with vaping performed at Supervisor Starkey’s request.  The
usual suspects and “karens” were there in force to assure us that
“children” were the focus of their concern.  As with any form of adult
“sin”, drugs, smoking, alcohol, there appears to be some form of
blindness to the fact that “children” will, if given the chance, explore
those “sins” no matter what obstacles are placed before them.
Government “bans”, even if the City and the “Tribe” were to fall in line
with the County, are relatively pointless.   No amount of meddling by
adults is likely to have any useful impact on the youth and is more
likely to make the sin much more attractive in the end.  Never fear, to
those that read these words, our County’s government couldn’t refrain
from directing another ordinance to be generated to serve no purpose.
Followed by a general expression of euphoria by the usual suspects and
the “Karens” in attendance.

A single budget transfer and a few calls to oppose state legislative
items and the 5-0 Club trundled to a wheezing conclusion at the 1:30 pm
hour.  One final observation that may startle those on the Sheriff Scott
congratulatory wagon, he is certainly a nice fellow, who may not be up
to the task of any meaningful change at the Sheriff’s Department.  Just
an observation folks.

2 thoughts on “The 5-0 Club Back Together Again”