The CDC Is On Comedy Central Now? 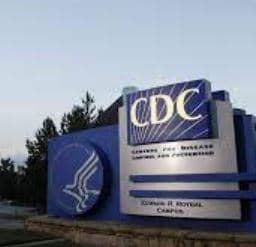 Most of you who read the CCTimes regularly know that I have been a huge
critic of all the efforts by government to keep us “safe” from that
dreaded virus SARS-CoV-2.  It has been almost comical over the last
couple of months to see the scrambling among the Covid porn artists to
change their respective tunes after two plus years of near constant
“mask up, keep your distance, wash your hands, isolate your self if you
think you are infected, isolate yourself just because, and finally the
latest after over a year of “get vaccinated, then get a booster, and now
get yet another booster”.  We are currently being schooled by the
Centers for Disease Control that four jabs may not be enough and a multi
year jab is likely to be the recommendation going forward.

In spite of this being the absolute height of hypocrisy offered by the
CDC, the Covid virus is the end of the world narrative lives on at both
the White House, the CDC, many in the Media, and not to forget the brain
of Dr. Anthony Faucet.  If only those in charge at the CDC would read at
least some of the actual medical science that has gone on over the past
two years, perhaps even some that has escaped the minders in the CDC,
they would avoid what will be a huge dose of embarrassment.  Reporting
within the CDC itself has put a huge dent in the one million figure of
those that died from Covid to the more realistic figure of sixty
thousand over two years.  The CDC hasn’t even been able to keep various
State Heath Departments in line to keep the one million deaths
fabrication intact.

With the recent revaluation that the mRNA “vaccines” are in fact not
vaccines at all but gene therapy, the narrative has all but vanished.  A
new study from the august confines of the CDC has bordered on the
comedic as evaluation of the AVERS data finds that the mRNA gene
therapies from Pfizer and Moderna, the most commonly used “vaccines” in
the United States may likely be responsible for hundreds of thousands of
adverse effects in those vaccinated. While the study calls most “mild
and short in duration”, nearly seven percent were categorized as
“serious”.  More importantly 1.3% were categorized as
leading to death.  This stunning news while “soft peddled” in the report
makes by some accounts being jabbed by mRNA gene therapies twice as
likely to lead to death as becoming infected by the SARS-CoV-2 virus in
the first place.

Naturally the CDC would hate for that part of the analysis of the AVERS
numbers to become public; hence, much of the remainder of the study is
used to claim that the data cannot be used to conclusively identify the
gene therapies as the source of the mortalities.   Seems a whole lot
like continuing to claim nearly one million souls were lost from the
virus only to state that it was more likely only 6% of that
number over two years that succumbed from the virus.  If the issue
weren’t such a serious matter, the malfeasance exposed at the CDC could
easily become a bumbling script for Saturday Night Live.  Most assuredly
not a laughing matter.  Because the mRNA gene therapies so blithely
called “vaccines”, do not confer any measure of immunity to the virus on
the individual recipient, it is irresponsible for those who insist on
vaccination as a reason to mute the effects of the virus when the mRNA
gene therapies may do more harm to the recipient than contracting the
virus itself….

This should alone call for a serious reevaluation of what has transpired
over the past two years.  The argument for utilizing “community benefit”
to assure safety of that community desperately needs to be revoked in
favor of individual responsibility for ones own health.  This adhesion
to the Community “safety”  mandates appear to have done far more harm
than any benefit what so ever. The people in this Country for the most
part have gotten along just fine without this kind of obvious overreach
by government and public health for nearly two hundred and fifty years.
It is well past time to put this sordid episode behind us and move on….