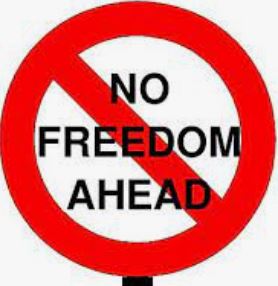 We are at yet another crossroads in Dixon.  I am not speaking of smaller issues but of general long established concepts.  Many are questioning whether this is the same America we grew up in.  Considering that relinquishment of freedom is much the same as putting up with taxation, the more the government gets it seems the more they want.

Covid 19 is an excuse based on unreasonable fear which results in calling it what it truly is: a panic-demic.  You question by use of the term “unreasonable”?  Let’s look at the facts.

Covid is a virus, the same as the flu, the common cold, or more virulent and fatal strains such as Ebola or the Swine flu.  We have never had to close the country down for any of these before and have weathered all of them.

The recovery rate is well over 99% with a lot of fatalities contributed to the virus rather than other medical issues such as compromised lung capacity.  Most of the people with whom I have talked say that it was milder than the regular flu.

The restrictions were supposed to have been meant to slow the spread so that hospitals wouldn’t be overwhelmed.  Given the length of time passed, capacities should have increased.  The Federal government even made hospital ships available which to my knowledge were never used.

To the heart of the matter, when you don’t allow the virus to spread naturally it will never burn itself out.  The reason the regular flu is seasonal is because we get it, get over it, and wait until the next flu comes around.  With 99% plus survival, better than the regular flu, you have to question the logic of shutdowns.

What has happened everywhere shutdowns have occurred?  The inevitable is simply postponed.  That is why some places are experiencing the “fourth wave” of the virus.  Every time an area or country is re-opened, there is “fresh meat” so to speak.

So what does this have to do with Dixon?  Our restaurants have been financially ruined to a large extent.  One restaurant owner told me he has lost a quarter of a million due to ongoing costs and the inability to sell services at any reasonable capacity.  To go sales and out door dining in the rain won’t cut it.  Speaking of government solutions such as outdoor dining, isn’t it more of a health hazard to force people to eat outdoors in the cold which could in and of itself enable pneumonia to be more prevalent?  Makes no sense to me.

Local gyms have been unreasonably shut down with no proof of any proliferation of the disease.  Isn’t the best prevention for all forms of illness physical exercise on a regular basis?  There is also the social aspect to consider including the lessening of suicidal tendencies brought on by isolation due to unconstitutional mandates.  When I heard that the former police chief, Robert Thompson, appeared at one local gym and with his hand on his gun started yelling at those in the gym that they would be cited if they didn’t immediately disperse, I could only shake my head.  George Orwell’s 1984 is here.

So we lost our First Amendment freedom of association right for a start.  Then we gave up our right to address our representatives, the toothless Brown Act, and our freedom of speech.  The city council has yet to meet in open to the public in person meetings for a variety of inane excuses.

According to Doug White, the city attorney, the first meeting in April was to have the council present in the chambers.  Didn’t happen.  Didn’t happen during the second meeting on the 20th either.  My question is how exactly is the attorney or anyone else coming to a decision on any of this out of the public’s view?

First, it isn’t the attorney who makes decisions nor is it the city manager.  It is the council.  If the council is being advised in closed session by the attorney or city manager, they damn well should be reporting out any decision made to take an action.  As there is consistently an item on the closed session calendar about “threats to public safety”, action taken should be reported.

Second, I don’t care if your audio-visual equipment is having problems the “professionals” can’t seem to straighten out.  Those who want to view the meetings at home can do what we are already doing.  If I show up in person, you can bet the council will not have a problem hearing me.

The latest confrontation on our freedom was another “appearance” issue such as our lovely code enforcement Gestapo officers enjoy badgering our residents with.  Kevin Johnson brought forward a discussion item on the amount of paving you can have in your front yard.  While Scott Pederson doesn’t quite understand “ex post facto” as in you have to “grandfather” in existing situations, you could see he was looking for a way to further limit personal freedom.

The bottom line to this issue is whose property is it?  Does the city pay real estate taxes on it, does the city paint your house and perform maintenance on it, and does the city pay for the water you have to use to irrigate their required landscaping, xeriscaped or not?

I would suggest to Mr. Johnson and all others on the council who aren’t part of the “control freak” camp of Pederson, that they should all start bringing forward laws, rules, and regulations giving our citizens more freedom instead of less.  Try removing some laws which are never used or needed in the first place.

Further, it might be a good idea to know exactly how big the problem is or if it is a problem in the first place.  I saw or heard no number given of residences which have more than 50% coverage.  Solutions searching for a problem is not the way to go.

Finally, for those of you who have been wondering why I have been only infrequently writing, I will say this.  After 25 years of non-stop commentary I had intended on leaving city government alone to wallow in the muck of their own follies.  The government, however, wouldn’t let a sleeping dog lie.

Commentary back in June of 2020 on Covid during public comment by both myself and one other individual evidently ruffled the police chief’s feathers or someone else’s.  I have now learned others who have spoken about city staff have been likewise targeted.  Freedom of speech is not something city hall should be messing with.

I will have more on this in future columns.  Welcome me back … if you dare …