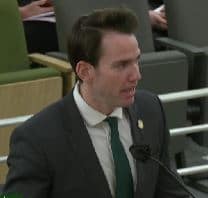 To cover up the damage they caused, California politicians are delaying the release of student test scores until after the election. I’ve written a scathing letter to state schools chief Tony Thurmond demanding the results be released immediately.

Thurmond is a scandal-plagued Newsom ally. Last year he gave his groomsman, a Philadelphia self-help guru, a $180k/year gig as “Superintendent of Equity.” He lost this no-show job after I reported it as illegal; Thurmond can lose his if we vote for Lance Christensen.

At our Capitol, cover-ups are routine:

The point of a cover-up is to evade accountability. That’s why sunlight is the best disinfectant; it’s why our movement keeps growing as more people learn the truth. Exposing the truth is why I started this blog, and I’ll keep writing it from inside the U.S. Capitol if elected to Congress.