The Crash And Burn Of Green Energy 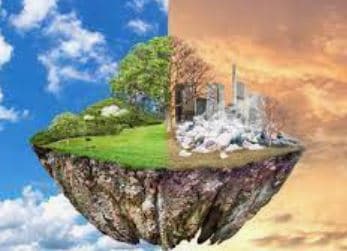 One is supposed to think that government policies are for the benefit of
all that are governed by those policies, but as we have seen lately that
clearly hasn’t been the case for “Green Energy”. With massive failures
in European Countries exposed in those countries by recent world
developments of the importance of not moving to new technologies, in
this case energy providers, until a sensible transition from the old can
be successfully provided. Countries like Germany, Austria, the
Netherlands and many others in the European Union are learning a bitter
lesson this year with the complete collapse of their transitions from
fossil fuels to solar and wind, or “green energy” platforms which cannot
replace fossil fuels by any measurable standard.

The idea that unreliable green energy is in any way ready to allow
countries or even states like California to transition to 100% renewable
energy sources at this stage, or even in the next 12 to 15 years is the
stuff of fairy tales.  Both the counties mentioned and California, are
learning in no uncertain terms that the green revolution remains many
years in the future. Unfortunately this is something those in charge in
Sacramento have yet to learn.  State wide flex alerts have appeared on
cell phones every where in the state, informing power users to cut back
on their power usage.  Thermostats are to be set higher, air
conditioning to be reduced, and EV’s not to be recharged during peak
usage hours.  And this was known as the “Golden State”,  a place where
dreams were to be realized.  A place where the State’s government and
its obsession with “climate change” cannot keep the lights on.

While many other states in this country also are experiencing these
issues, fossil fuel recovery and the energy sources to produce
electricity have been severely hampered by government policies that have
jumped on a wagon that is headed for a cliff. As in Europe, climate
change obsessions have created the inability of countries to heat and
cool homes and businesses, power electric vehicles, and generally keep
the economy moving forward.  When will government ever learn that
through out history major transformations in technological development
cannot be legislated into being.   The world’s population did not go
from horse and carriage over night, but over many years.  The transition
from fossil fuels to some more reliable source of energy will likely
take many years.  Wind and solar power are hardly a suitable step
forward and are unlikely to be more than a momentary diversion occupying
time which will slow the development of what will eventually take the
place of our current form of power production.

Just as power cannot be produced when the sun doesn’t shine, wind
turbines do not produce power when the wind doesn’t blow.  Storage
problems to correct those shortfalls are but a distraction from pursuing
something that is both reliable and inexpensive.  Until that science
emerges, fossil fuels will continue, and should continue, to power the
world’s homes, transportation, and businesses.  Otherwise it will be a
step back in time where the technological advances of today will have to
be put back on the shelf for many of the world’s populations.  EV’s for
all Californians are but the fantasy’s of those that can afford them.
With only a bit over 10% of the State’s vehicles currently powered
solely by electricity, getting to 100% by 2035 will be a legendary under
taking.  Converting the State’s electric grid to entirely renewables
faces a similar up hill battle as only a fraction of the power produced
is renewable, something unlikely to change any time soon.

Californians need to realize that this movement towards renewables is
more like following the “pied piper” than sensible governing policy.  As
articles about the failures of wind turbines and solar panel fires
increase, clearly those difficulties coupled with their unreliability
should send a powerful message to those that remain fixed on the notion
that we have moved past relying on fossil fuels and can claim any sort
of successful transformation. Climate change, if in fact it is as
serious as we have been led to believe, will have to be taking a back
seat to fossil fuels, if it is in fact the case that those in power wish
to benefit those who rely on government to continue to maintain their
current standard of living.