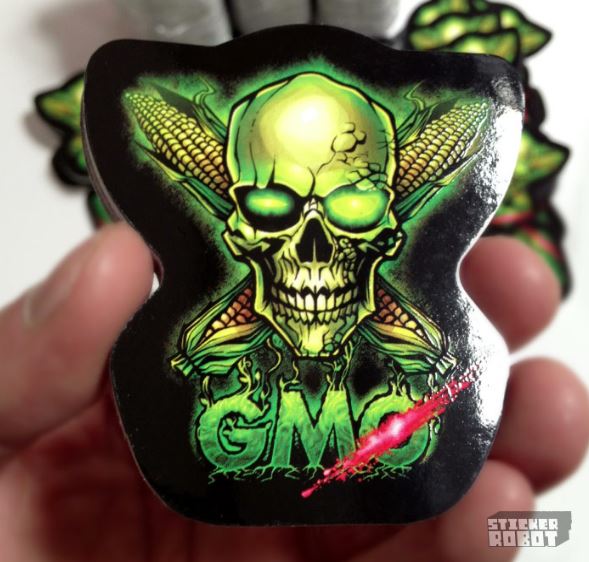 Want to know if the food you consume has genetically engineered organisms in them?

If you believe you have a right to know what you’re eating,

Vermont’s GMO labeling law, which took effect July 1, 2016, brings the U.S. into line with the rest of the world (64 countries already require labels on GMO foods).

•    Creates a nationwide standard that satisfies the demands of the 9 out of 10 Americans who want to the right to know about GMOs.

•    Has not led to an increase in food costs for consumers.

a process by which a food is produced from an organism or organisms in which the genetic material has been changed through the application of:
(a) in vitro nucleic acid techniques, including recombinant deoxyribonucleic acid (DNA) techniques and the direct injection of nucleic acid into cells or organelles; or
(b) fusion of cells (including protoplast fusion) or hybridization techniques that overcome natural physiological, reproductive, or recombination barriers, where the donor cells or protoplasts do not fall within the same taxonomic group, in a way that does not occur by natural multiplication or natural recombination.

The Roberts-Stabenow DARK Act is full of exemptions and loopholes, and allows food companies to replace words that humans can read with symbols and discriminatory technologies. The bill cannot be considered mandatory, as it includes no penalties for non-compliance. It would immediately preempt Vermont’s law and allow food companies another two years before they are required to label.

On loopholes and exemptions:

•    Exempts many of the GMOs covered by Vermont’s law.

•    Narrowly defines “bioengineered” to include only one form of genetic engineering: “in vitro recombinant deoxyribonucleic acid (DNA) techniques” and only when “the modification could not otherwise be obtained through conventional breeding or found in nature.” Under this definition, the DARK Act exempts many of the GMOs that Vermont’s law would label, including those produced through “gene editing.” (Vermont’s law covers all in vitro nucleic acid techniques).

•    Exempts GMO foods that don’t contain “genetic material that has been modified.” If read literally, highly processed sweeteners and vegetable oils, where no genetic material can be detected, would be exempt.

•    For bioengineered food that does contain genetic material, the bill directs the Secretary of Agriculture to determine how much “bioengineered substance” must be “present” before the food has to be labeled. This exemption could swallow the rule and prevent all processed and multi-ingredient foods from being labeled.

•    Exempts foods that contain both “bioengineered” ingredients and ingredients from meat, poultry or eggs. If “the most predominant ingredient of the food” is meat, poultry or eggs (or, in the case of foods where the first ingredient is a liquid, “the second most predominant ingredient”), then the food doesn’t have to be labeled, even if it contains many “bioengineered” ingredients. (Vermont’s law does not require animal products to be labeled as “from animals raised on genetically engineered feed,” but this is only because federal law already preempts states from addressing meat labels, under the federal Meat and Poultry Products Inspection Acts. Congress has the power to label animal products from animals “raised on genetically engineered feed,” but the DARK Act would not require such labels).

•    Includes a catchall provision that would allow companies to petition the Secretary for additional exemptions by “establish[ing] a process for requesting and granting a determination by the Secretary regarding other factors and conditions under which a food is considered a bioengineered food.”

On the labels themselves:

•    Allows companies to hide information about GMOs behind QR codes, websites and 1-800 numbers, or to disclose the information in the form of “text, symbol, or electronic or digital link, but excluding Internet website Uniform Resource Locators not embedded in the link, with the disclosure option to be selected by the food manufacturer.” The technological disclosures would be accompanied by “Scan here [or call] here for more information.” Consumers wouldn’t be given a clue as to what kind of information such an action would yield.

•    Discriminates against anyone who either because of age, income level, social demographic, geography, parental status or education, doesn’t have a cell phone, smart phone, WiFi, tech savvy or extra time to spend in the grocery aisle. Studies show nearly one-third of Americans don’t have smartphones or Internet access.

On voluntary vs. mandatory:

•    Lacks any enforcement mechanism or penalty for violation, making whole scheme effectively voluntary. (Vermont’s law subjects violators to civil fines of up to $1,000 per day, per product).

•    Contains a sweeping preemption clause that would eliminate all state laws to label genetically engineered food or seeds.

•    Potentially delays labeling indefinitely, if there are lawsuits or delays in finalizing rules or if the non-enforceable deadline is extended. In 2010, Congress directed the Food and Drug Administration to create regulations for calorie labels on menus. The law eliminated state and local calorie labeling laws that had already been in effect. Today, there are still no enforceable FDA regulations for calorie labels, even though the FDA finalized its regulations in 2014. Both the FDA and Congress (which has been including delay language in its spending bills) have repeatedly delayed implementation.

•    Allows food companies that are already labeling to stop labeling with words and switch over to smartphone technologies and telephone numbers—resulting in information that is now being provided to consumers to be hidden once again.