The End Of The World, The Big Lie 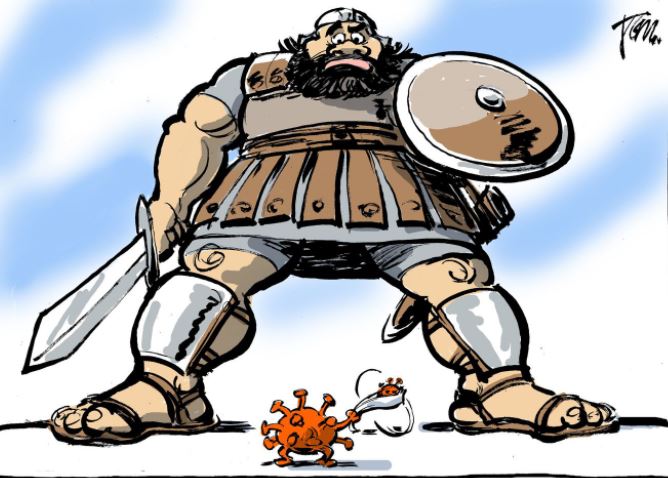 Most listeners probably don’t remember the spring of 2020 when Paul
Critz of local KFUG fame was peddling his propaganda about Covid-19
being the “end of the world” as we know it.  Some of us just might
survive the “Pandemic” if and only if we sucked up to the Media
hysteria, Government Autocrats in the Democrat Party, and trusted the
“experts” in the Medical Fraternity.  Since then, over the past couple
of years, we have learned virtually all of it was sheer and utter
nonsense.  There remain a few hold outs in various “Blue States” whose
lust for political power has them clinging to the now largely debunked
lies passed as “science” when all along it was more about political science.

Critz and his radio station are no doubt one of the “clingers” that
can’t seem to have any reasonable explanations for why Covid-19 is
destined to be “just another virus” penetrate his world view.  The
Corona virus panic has begun to dissipate as more information about its
ability to harm people have equated it with Influenza and not the
“scourge of the world.”  Resistance to pointless dictates by public
health functionaries and organizations have begun to sweep the world and
government edicts no longer hold the trust of a great many of the public.

As states have relinquished their powers to affect people’s lives,
things have begun to return to normal for much of the United States.
There continue to be “clingers” every where that likely will refuse to
believe that masks did not protect them at all.  Vaccines are now
clearly viewed as a therapeutic and not a preventative.  Social
distancing was a myth, and only total isolation, if possible, was a sure
solution.  Children were perfectly safe going to school without masks or
being vaccinated.   Healthy adults were unlikely to succumb from
infection from the virus, vaccinated or not.

We have also learned that the Media is not to be trusted without a
healthy dose of follow up investigation.  The Medical Establishment has
shown themselves to be equally untrustworthy when they reported the
extent of the effect the virus had on the population with highly
questionable case and hospitalization numbers. and cause of death.  Both
the Centers for Disease Control and the FDA have been complicit in
deceit creating enormous harm to this Country.  Many prestigious
hospitals and University’s have also contributed to the continued
hysteria fostered over this virus.  The Country will take an extended
period of time to heal from this concerted effort to deceive the
public.   If clingers continue to behave in an unconscionable fashion
the time will be extended and the damage to the Country will be more
severe.

If anything out there that should be made clear, is that those wielding
the power to control the citizens of this Country do not follow their
own measures.  The experience from the actions of those that dictate and
do not follow their own mandates was recently revealed at the Super Bowl
in Los Angeles.  This behavior should wake up those that refuse to
believe that California has infringed on personal liberties for the last
two years, and the leadership in the State does not apply those
restrictions to themselves unless politics dictate it.  Politics not
science was the largest factor that went on over this virus hoax.  Time
to make those that spread the lies, and forced measures that were known
to be ineffective on a fearful population, pay the price for their deceit.