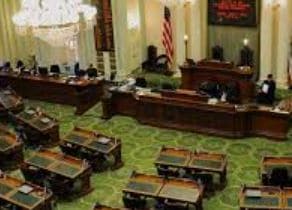 With the April 29 committee deadline approaching, the student vaccine bill, SB 871, has not been set for a hearing. And support is cratering. Even the radical school board in Berkeley just declined to endorse it.

If the bill does not advance, which appears likely, I’m calling on Newsom to withdraw his own K-12 mandate immediately.

When James and I sued Newsom on June 10, 2020, the issue was separation of powers. We believed if COVID policy went through the Legislature as the Founders intended – even our wayward Legislature – there’d be less damage than one-man rule.

Two years later, the fate of the “Vaccine Work Group” bills is vindicating this belief:

Meanwhile, we’ve now learned that the two recent Sacramento mass killings involved a man protected by the Sanctuary State and a man released early from prison. Yet Newsom, just back from vacation, only wants to talk about more gun laws.

My bills addressing the real problems will be heard next week. The Sanctuary State repeal is on Tuesday, followed by a new vote to overturn Prop. 47. We’ll also be forcing another up-or-down vote on the gas tax.

All of this comes as inflation hits 8.5%, Biden keeps reaching new lows, and voting in our race for Congress is 3 weeks away. Our battles are so important right now, and I’m so grateful to be fighting them with you.