The Future is Anti-Abortion 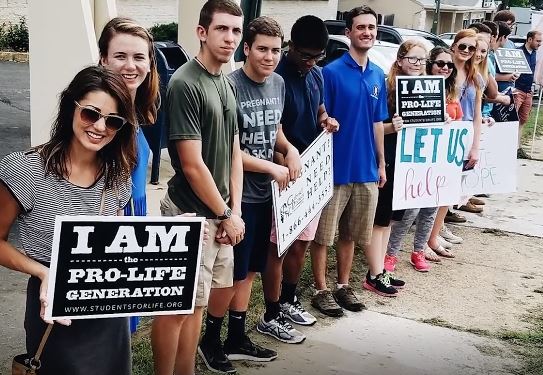 I’ve gotten a lot of emails and texts asking how my “The Future is Anti-Abortion” speaking event at Wellesley College (Hillary Clinton’s alma mater) went on Thursday night, so I wanted to send you a brief update.

First of all, I want to thank those of you who chipped in – both financially and with your prayers – to help make this event a reality.

In the days leading up to the event, I wasn’t sure if the event would actually happen.

Hundreds of pro-abortion students and community members tried to pressure the Wellesley administration to cancel me and some even threatened violence.

Students for Life published their threats to administrators and the media to shine a light on the pro-abortion mob’s radicalism and to quell any attempts at disruption or attacks.

And despite an 800-signature petition to school administrators begging them to SHUT DOWN my event because I’m allegedly “ableist, sexist, and transphobic,” Wellesley College allowed me to speak.

The good news is, all this “publicity” actually helped drive more students to attend my speech!

And once pro-abortion students were faced with the reality of the pro-life movement – that organizations like Students for Life support women in crisis daily with love and understanding – their entire worldview was shattered.

When I showed them their own college’s failure to support pregnant and parenting students, many of them agreed with me that it was shameful behavior.

I know with 100% certainty that they walked away knowing that the pro-life movement actually does care about women, which our research shows is the first step in changing hearts on abortion.

That made it all worth it!

I don’t know how many hearts and minds were changed at Wellesley College the other night.

But I DO know that we’ll NEVER change hearts and minds if we don’t take risks – and that includes taking the fight to Planned Parenthood’s “home turf,” college campuses.

After all, if we don’t stand up for our beliefs – even when it’s hard – how will we ever win the battle to end abortion in the United States?

One thought on “The Future is Anti-Abortion”