The Growth Of Government In California 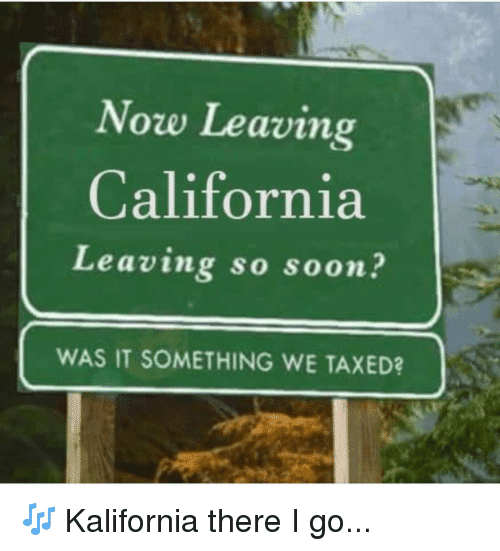 It seems like only yesterday that the State’s entire budget had crept up
to just over $200 Billion, but no, that was from 2017 when our current
governor was swept into office by the State’s Democrats.  Even those
reluctant to admit it, things since Newsom’s ascension to the throne in
Sacramento have not been without trial.  Crime, illegal immigration,
population loss, homelessness, housing shortages, climate policies,
supply chain shortages, lack of forest management, destructive fires,
increased regulation, high taxation, and a hundred or so other issues
are constant reminders that things have gotten worse not better since
2017.  So fasten your seat belt over the latest in a long line of
Newsom’s circus like performances, a $300 Billion dollar budget.

$300 Billion, you say, and how did that come about?  A few Billion here
and a few Billion there on programs that do little to make living in
California a good prospect for the future.  More billions down
proverbial “black holes” that have no measurable affect on conditions
that are even remotely considered improving. Clearly the reverse is
true, yet the “new” proposal by Governor “Empty Suit” Newsom is a
significant doubling down on all his failed expenditures and then some.
The important thing here is that it checks all the liberal/progressive
notions of benefit to the citizens of California.  Surprise, surprise,
when a growing number of those that reside in the State are packing
their bags to avoid paying for another lurch to the “left” with Newsom’s
new progressive budget to the tune of $300 Billion.

Enshrined within this massive nod to the left are proposals for
“inflation relief”, public safety, addressing homelessness, transforming
public education, and what’s a Hair Gel package without the “go to” of
addressing “climate change”.  Seems California has a huge surplus in
revenue and Newsom can’t wait to spend all that increased cash on his
favorite “black holes”.  Some where in the initial announcement is
something about getting “money back into the pockets of Californians and
bringing down the cost for families”.  Maybe by lowering taxes and
public outlays perhaps?  Not a chance.

According to Newsom, everything is “historic” and “successful” while
doubling down on “making sure no one is left behind”.  Looks like Newsom
is unaware that it is not being left behind that is driving people to
leave the State in increasing numbers, but his historic and successful
policies.  Of course it is the ‘right-wing fanatics across the Country
that are the purveyors of hate and oppression that he will bring to heel
with California’s growth in its economy, and implementation of “real and
inclusive policy change to create a brighter future for all”.

Newsom’s budget includes all the progressive “wet dreams” that previous
budgets have done little to quell the growing conclusion that a growing
government and a massive infusion of cash hasn’t measured up to any kind
of success.  A few billion for inflation relief, coupled with nearly $50
Billion in climate “commitment”, $660 million for public safety,
followed by $14.7 million additional dollars for the homeless, $37
Billion for infrastructure, $128.3 Billion for his pet teachers, and an
unspecified “Billions” for the Governor’s pro-life agenda ( someone must
have made a mistake here as the governor has made it clear that he is a
pro-choice fanatic).  The actual programs termed “pro-life” are a word
salad of progressive “concerns”, that never seemed to ever be resolved
no matter how many Billions are siphoned off into unspecified programs
thoughtfully “labeled” pro-life.

While the State’s legislators have little in the way of will to tamp
down the governor’s extravagant expenditures, perhaps his public
following will have dwindled enough by the Fall to see him sent packing
in November.  Hopefully not to be replaced by another progressive
Democrat which will do nothing but increase the flight from California
to be replaced by yet more from other parts of the Country and the
broader world as replacements likely all with their hands thrust out.
One thing you can say for the Governor, he has checked all of the Blue
State progressive boxes, and has insured that his State will remain on
the downward path for many of its citizens.