The Hypocrisy Of Climate Change 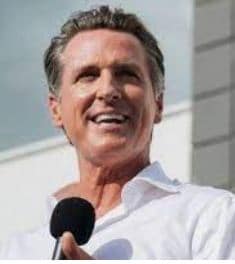 It seems that everything that the “empty suit” Gavin Newsom does now
days is somehow attached to his obsession with “Climate”.  In a new
announcement, our beloved Hair Gel has announced a “public-private
partnership” to spend more taxpayer dollars in an effort to appear to
check all the boxes of issues that he has failed miserably at solving.
California will now become involved in creating “workforce development
programs” focused on good paying careers in climate, public health, and
other “jobs of the future”.  These programs are meant to focus on
disadvantaged communities, say homeless, the poverty strickened and any
other victumhood that can be attached to it.

Hair Gel goes on to say that he has roped a couple of nonprofits, High
Road Construction Careers and Jobs for the Future into sharing $18 of
their investment with $562 million of the State’s California Workforce
Development Board’s budget allotment to fund training for workers in
construction, forestry, agriculture, hospitality, public transportation,
public utilities, health care, trade, and logistics with a decided slant
on these jobs being beneficial to the “growing need for the State to
address Climate Change”.

This current basket of funding is supposed to , in Newsom’s words,
“build a workforce of the future to create a cleaner, healthier, and
more prosperous California”.  Well, maybe the prosperous might be a
stretch, but he goes on to wax elegant about”public-private partnerships
like these are critical to achieving our shared goals as a state.”
Then more word salad about “all hands on deck” to create workers with
the training and education that prioritizes these “new” jobs to fashion
a “more sustainable and resilient future for all Californians”.  Sounds
more like a stump speech than anything that remotely resembles solving
some sort of employment issue with the impoverished or the homeless.

Then the heart of the spending is revealed in a statement by one of the
aforementioned nonprofits, where “broad-based income inequality, climate
threats, climate resiliency, and economic inclusion” is the name of the
game.  Another virtue signaling pronouncement in the holy grail score
card of being progressively “woke”.  More millions spent for equity,
inclusive regional economies alongside climate resilience and
environmental protections.  Gag me with a fork.  The Governor doesn’t
appear to have anything else in his bag of leftist pandering.

Newsom no longer even pretends to be anything other than a political
hack, bankrupt of any notion for what will make things better for all
Californians.  It is an endless prattling of progressive garbage that
has done nothing to quell even the slightest of issues in this State.
Climate Change, homelessness, health disparities, and preservation of
natural resources roll off his lips like the ultimate version of a
vaccine to solve all the world’s problems.  Unfortunately this is
nothing new for Newsom, as we have heard all the supposed “virtues” in
an endless stream since he first stepped into the Governor’s office.
Nothing changes, more money spent, and the issues remain to be solved.

This latest effort, like all previously inane announcements, do nothing
more than make Newsom’s efforts to throw mud at the wall in hopes
something will stick, will likely crash and burn like so many of his
“State Changing” policies and expenditures.  The only problem with his
naivety is that hard working Californians are having a difficult time
paying for his extravaganzas.  As more of the state’s citizens head to
the exits, large populations of the needy are filling the ranks of those
that formerly contributed their tax dollars to this dystopian world that
makes little sense.  Hopefully, those that voted to retain Newsom are
enjoying the emptying of their pockets, as it is something they richly
deserve.  Democrats like Newsom have created third world cities in
abundance in this Country, and Newsom is vying with other West Coast
State governors to become the first governor to turn an entire state
into a third world parity of success.