The Invisible King, And The Rubber Stamp Prince 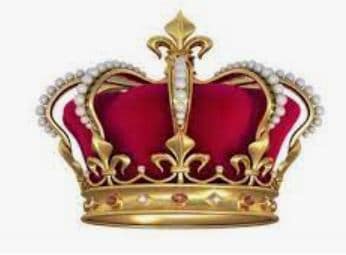 Blake Inscore must be home sitting on his toilet weeping over the recent
decision by the City Council to forgo his continued leadership on the
Council.  Someone else must take his place as the City’s mouthpiece at
all future news worthy events in the City.  How Tragic….  Seems there
is one member of the City’s population whose head is in fantasy land
that believed that former King Inscore should be returned to his
throne.  Must be the brilliant sound bites former Mayor Inscore gave on
a regular basis that titillated the moon struck resident.  Likely those
he gave while going and coming on his party filled trips to Japan.
Maybe the newly created “foundation” will pick up the vacation slack for
Prince Inscore.

So we are now left with the Invisible Man, King Greenough, and the
Rubber Stamp Man, Isaiah Wright, as the City’s throne dwellers.  Quite a
pair of royalty to be left to set the future direction of the City.
Looks like more money on Beach Front Park, the Swimming Pool to keep it
afloat, and maybe they can squeeze out some funding for a lavish new
City Hall.  The perfect prospect for the folks that recently dropped a
pittance in the pot for a lavish fantasy labyrinth to cost some where
between $100,000 and $200,000 or more to complete.   This is set to
compete with the already in the planning works of “The Paths Of Culture”
envisioned by Lord Eric Wier, the City’s Manager.  Thank Heavens it will
take a smaller bite out of the $5 million to the tune of a bit over
$177,000.  Nice to see a bit of frugality out of the City.  Not likely,
as the current leadership would be on board for both projects to become
reality without any consideration of the incongruity of an $8 million
park in Crescent City.

Looks like time will tell to see if the new leadership arrangement will
regain its footing and recognize that Kings and Princes are a bit dated
and we live in a Country where even our “new” royalty should reckon with
those that are in charge, you know, the PEOPLE.  Perhaps focus on Grand
Gestures may not be the best path to take when setting priorities for
what is beneficial for the Community.  Perhaps citizens such as Natalie
Fahning and Denise Doyle-Schnacker are not the best for chosing what
direction the City should take.  Pot holes anyone?  Breathing Apparatus
for Crescent Fire & Rescue maybe?

It shouldn’t take much to understand the King Greenough has been the
City’s Mayor for a year now and was seldom heard from.  That task was
left to Inscore.  Will the king finally have a voice? Newly made Mayor
Pro Tem, Isaiah Wright, on the other hand, appears to be a ready vote
for excess when it comes to spending. Quite a royal pair.  And to think
something has changed?  Not likely….