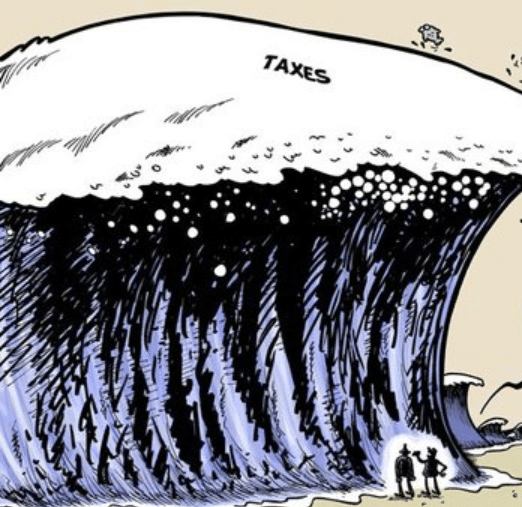 One now would have had to have been in a progressive vacuum chamber not
to know that a volcano erupted near Tonga, a tiny island group in the
South Pacific, 5400 miles away from the West Coast of the United States
and generated a Tsunami.  It was almost immediately known that the
generated waves would be of little concern for us here on the North
Coast.  In an effort to be relevant; however, our esteemed Lord Neal
Lopez, the County’s Chief Administrative Officer leaped from his bed at
a bit after 4:00 am to instruct his deputy directer to activate the
County’s emergency operations center.  Perhaps most of the County was
unaware that such a place even existed, being it has been used “so” often.

It appears that Del Norte County has been “without” a director of
emergency services for four months.  Must be a real useful position to
have at between $70,000 and $80,000 per year for all the “emergencies”
that we have around here.  Maybe such a person would have been able to
“push the right button” if we had a “real” emergency to attend.  Seems
that Lord Lopez’s assistant pushed the wrong one.  While a portion of
the County was apprised of the impending disaster about to fall on Del
Norte County, waves of 1 to 2 feet at high tide, the rest of the County
was informed about the time that the “emergency” was pretty much over.
Just think of all that Japanese Sister City Education money flushed down
the toilet.

In the stumbling, bumbling effort to inform us of a real “yawner” of an
emergency, we learned how important the lack of an office of Emergency
Services, and its director, and its emergency coordinator (to be hired
with Measure “R” money), at likely enormous expense for all the
“emergencies” that we have around here.  This begs the question of what
so ever did we do before we had all this absurd over kill of
bureaucracy?  We were also delighted to learn that the County and City
have an operations division, a finance division, a logistics division,
and a management division, what more can a County of 27,000 residents
possibly wish for?  Maybe at least one of the managers of said divisions
can be prevailed upon to press the “correct” button in times of
emergencies?  Probably not, when the “brain trust” at the CAO’s office
can’t manage that simple task.  Government out of control, that needs to
be slimmed down as soon as possible!

In an era of burdensome taxation in this County, coupled with two years
of nanny state response to Covid, a failing public school system,
burdensome regulation, and an unresponsive government to control
spending, what better scenario for the repeal of both Measures “S” and
“R”.  It is past time to send a clear message to our “Lords” that a
clean house wind is blowing in Del Norte County…..