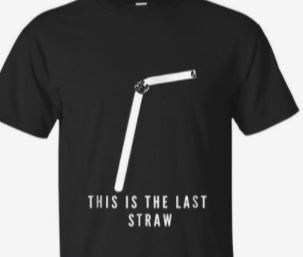 Remember the ban on plastic straws? Gavin Newsom just extended it to forks, chopsticks, ketchup, and other “foodware accessories.” I only wish I could tell you that was the worst bill he signed this week.

The National Review called the curriculum “the most radical, polemical, and ideologically loaded educational document ever offered up for public consideration in the free world.” You can see my speech against it on the Assembly Floor here.

Meanwhile, at some schools kids are being treated worse than prisoners. I’ve heard reports in LA of students being allowed to drink water just when they’re at lunch.

To make matters worse, a leading parent group fighting this insanity, Reopen California Schools, was just shut down by Facebook for days. Only after we got the national media’s attention did Facebook (a major Newsom donor) bring the group back.

This all comes only days after Newsom’s outrageous K-12 vaccine mandate. Lawmakers are already suggesting they’ll try to remove any personal belief or religious exemption from the mandate when we return in January. Get ready to fight.

NOTE BY EDITOR, DONNA WESTFALL: There is no state of emergency in Del Norte County. Yesterday I made a public comment at the School Board meeting that they should use their God given brains and nix the mandate on mask & vax.

One thought on “The Last Straw”