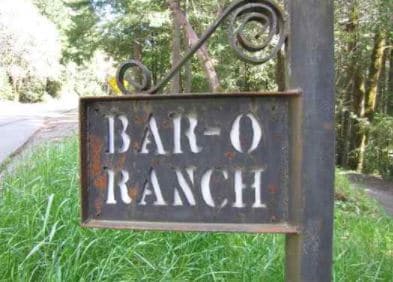 By Donna Westfall – November 14, 2017 – 32 miles from Crescent City, up into the wilderness that makes up Gasquet, lies the 40 acres compound known as Bar O Boys Ranch.  For over six decades at- risk boys were placed there from various parts of the State.

For a historical look at the Ranch, you can listen to Ernie Bachelor’s story on YouTube.com about taking a job there 58 years ago that is both humorous and factual.  His narrative runs about 17 minutes specially the part about the mountain lions providing security.  They would see paw prints in the sand by the Smith River, hear their screams at night and runaways were not a problem.

At the August 8, 2017 Board of Supervisors meeting, (BOS) the decision was made to shut down Bar O.  Just when you thought the Ranch was closing or closed, it appeared on the BOS agenda today’s date.  According to Chief Probation Officer, Lonnie Reyman, the closure of the facility was effective in September. The one remaining item was in regards to Napa County.  They had to clean up “documentation and billing for both of our counties so that we have all the necessary pieces in place to close out billing for past Napa county youth housed at Bar-O. There was some bookkeeping that had to be finalized and that’s it.”

Employees were provided layoff notices.  While working with the union, seven employees were transferred to Juvenile Hall Division.  Some retired, some resigned and only two were laid off.

As to the future, Reyman said, ” County administration and building maintenance are currently overseeing the facility and any future use.”

17 thoughts on “The latest with Bar O Boys Ranch”