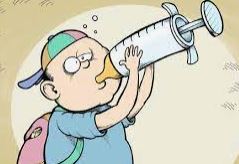 Over the past ten months the Liberal/Leftist/Progressive Debacle has
been exposed and revealed to all that will listen or at least watch as
it unfolds across the Nation.  Even the mainstream media is having
difficulty hiding from the rout of actions by the current Biden
Administration.  As the “Incompetent” in Chief struggles to match his
socks in the morning, his closest advisors are finding governance beyond
their capabilities.   It is almost a shame that the citizens of this
Country may not be able to experience this level of incompetence any
longer than the next election in order to really drive home the failure
of Leftist efforts to function as governors.  It is not that it has been
clearly displayed throughout the history of Socialism and all its
permutations of being a failed model for ruling a Country.

Not only as it is employed nationwide been an unmitigated disaster, but
various “Blue” States, mainly on the strength of urban centers, have
proven to be equally responsible for the carnage wreaked where Democrats
are in charge.  California, one of the primary malefactors of
Liberal/Leftist/Progressive dogma has suffered for years under the
dictates of our governor and the State Assembly.  Many of the issues
that beleaguer California, homelessness, violent crime, illegal
Immigration, power shortages, lack of sufficient water, crumbling
infrastructure, high taxes, massive overreach by environmentalists,
shrinking population, massive wildfires, onerous business regulation,
and Covid mismanagement can all be traced back to its Democrat led
government.

As Americans have fled support for the Biden Administration, so should
Californians do so from the Newsom Administration.  All of the issues
that plagued California before the recent recall election have remained
as problems, as well as the continuing effort by Newsom to increase
those problems many times over.  The list of issues facing the people of
California has only grown since September with no end in sight.  Thanks
to all those that voted “NO” in September things will only get worse.
The port issues in Los Angeles and Long Beach are set to grow, supply
issues will continue to expand as government regulation in the State
will strangle all efforts to correct them.  Covid mandates will severely
impact the public and private sector as “woke” corporations continue to
curry favor with public servants.  Water has become a huge issue in
Southern California as Governor Hair Gel continues to play nice with his
environmental benefactors.

Locally our illustrious buffoon, the Public Health Officer, Dr. Stutz,
seems quite at a loss over the sudden decline in Covid numbers, but
seems to be holding out hope for a resurgence in order to continue to
flex his authority.  He seems uncertain as to whether or not to
relinquish the various mandates on masking and distancing as numbers do
not appear to support his efforts thus far.  While vaccination rates
have inched up, and nearly 15% of the local population have had Covid
and survived, there is little room for the virus to advance, that is of
course if the vaccines are truly what we are led to believe.

And finally our government run schools continue to push vaccines like
drug dealers on a population of young people that are the least likely
to be affected by the virus.  More socialist behavior.  Recent studies
out of Israel conclude that the risk of being vaccinated, particularly
by males, is four to six times greater than foregoing the vaccine.
Something to think about as California’s first in the nation pushing the
vaccine on all school children.  As yet no other state has taken that
rash step in government interference into children’s health decisions.
Will California parents learn to regret following along?